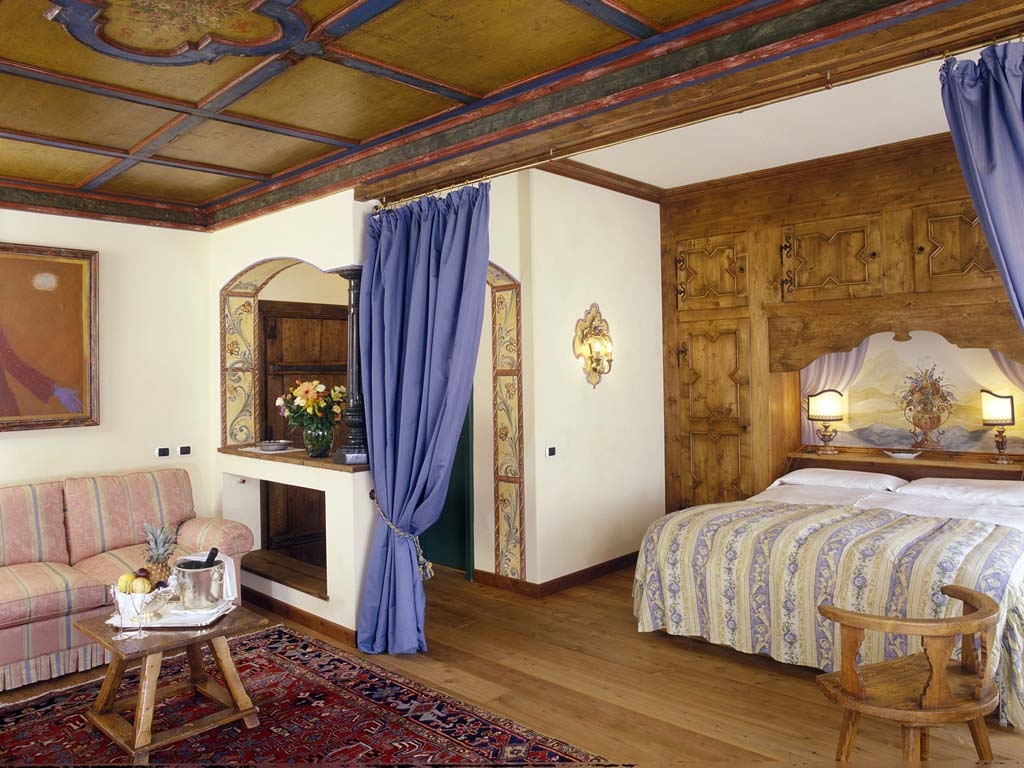 Built in 1826, it is the oldest hotel in Cortina and it has been held by the same family for 4 generations. It is located right in the centre of Cortina and it offers its guests the best of mountain hospitality with wooden balconies and typical furniture in Ampezzo style. The Hotel has the atmosphere of a private house created by the owners, Flavia and Renato Sartor, with refined rooms and a lot of pieces of antiques.

From 1996 to 2017 it got a special award by the Veneto Region for its quality and it is also listed in the guide "Dove", as being one of the six best restaurants and hotels in 2004.

The Hotel received, for the quality of the rooms, from 2005 to 2009 the certificate “Italian rooms", by Touring Club, as one of the best hotels in Italy, chosen among 5000.

In 2012 and 2013 it was evaluated by guests and prize with the “Service Golden Crown” and recommended by the Excelsior Business Club (Germany).

In 2015, 2016 and 2017 the hotel got the certificate “Eccellenze Italiane” (Italian Excellence), the only hotel in Cortina to have it!