Thousands of years ago, the people of the Dolomite valleys and of the cen­tral and eastern Alps, spoke a vari­ety of more or less similar languages, derived from the language of the Celtic and Raeti people. As Imperial Rome expanded, the local populations grad­ually incorporated the Latin dialect spoken by Roman guards and legion­aries.

The preceding language vari­ants didn't entirely disappear, each population retained numerous ancient words, including various sound and syn­tax features still found in the Ladin lan­guage today, making it a fascinating object of study.
The Ladin spoken in the Ampezzo area has evolved over the centuries, but still maintains its par­ticular characteristics. Ampezzo words and expressions still used today often appear in wills and judicial records from centuries past.

Minority languages in Italy are protected by law 482 of 1999.

Currently, a project has been launched to obtain official recognition of the Ladin language as part of UNESCO's Intangible Cultural Heritage.

The Ladin flag appeared for the first time in 1920, featuring the three dominant colours of nature in our val­leys, namely the green of the forests and meadows, the white of snow and rock, and the blue of the sky. 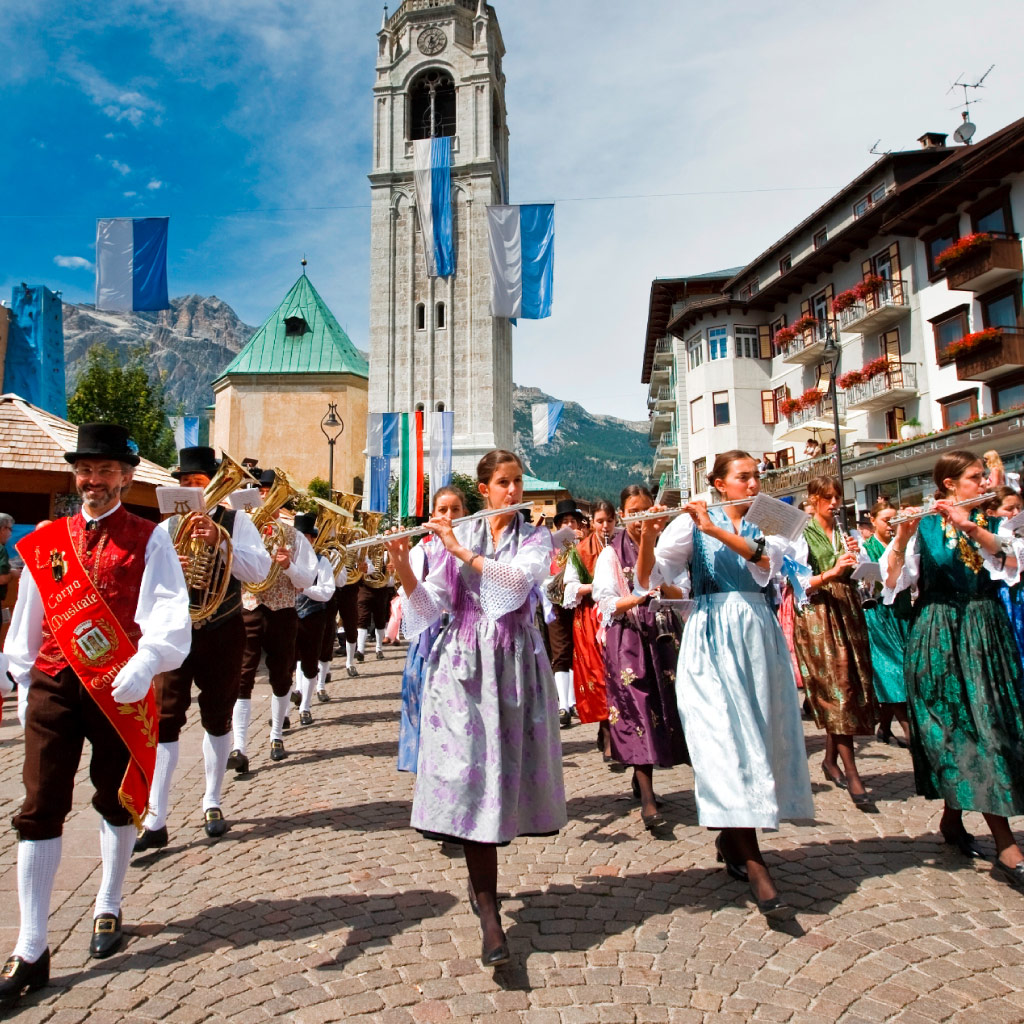 L’Union de i Ladis de Anpezo (U.L.dA.) is an organisation dedicated to protecting and developing the language, traditional dress, folklore, customs and cultural heritage of the Ampezzo valley.

Established in 1975, it is part of the Union Generale di Ladins dla Dolomites, which brings together the differ­ent communities of the five ladin valleys in the Dolomites (Val Badia, Val di Fassa, Val Gardena, Fodom, d’Ampezzo), with the aim of integrating the ladin world and its vari­ous aspects.