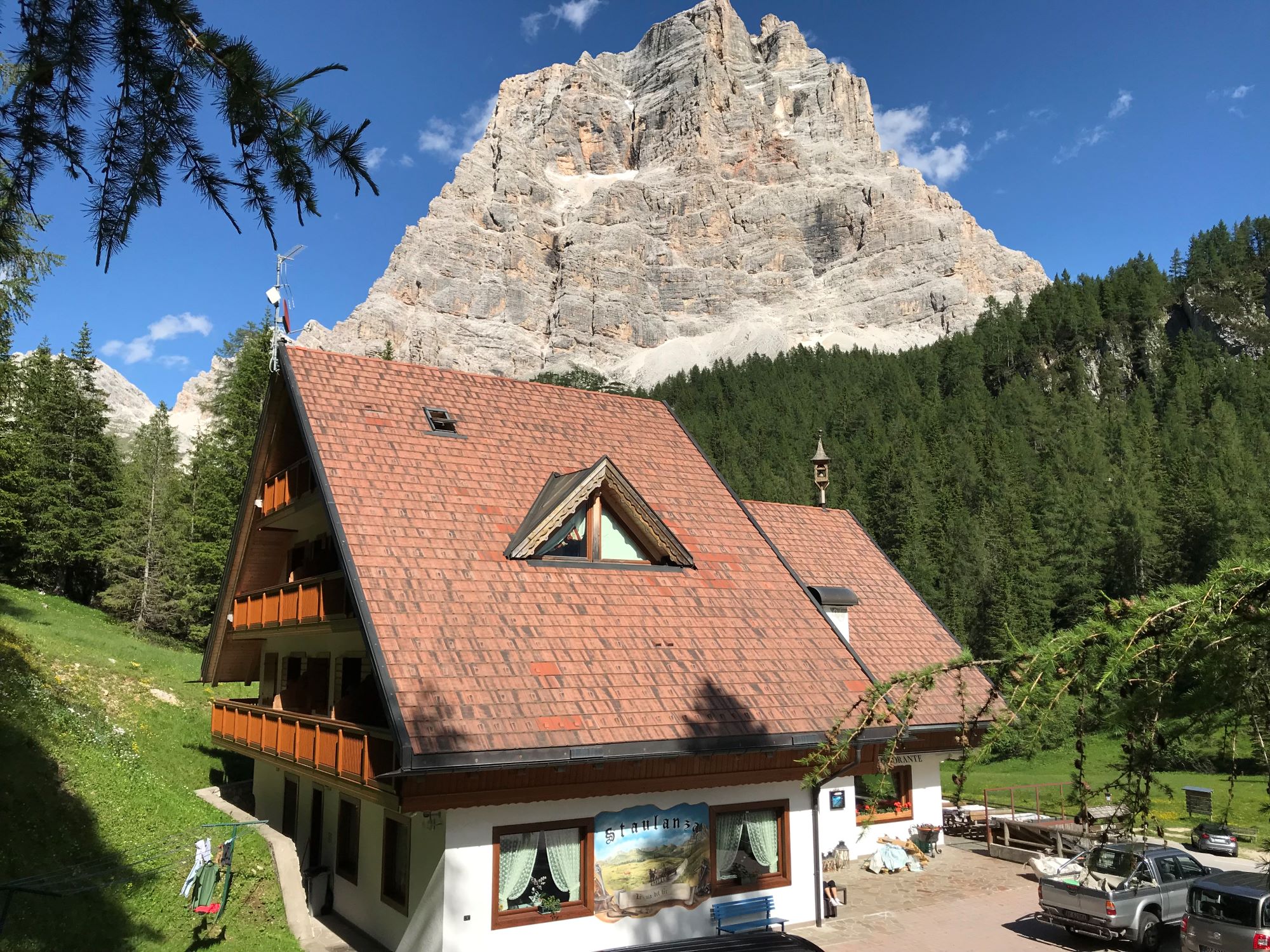 Mount Pelmo is the fourth-highest mountain in the Dolomites, after the Marmolada, the Antelao and the Tofane and was the first peak in the Dolomites to be scaled (1857). Its peculiar appearance, formed by two monoliths, is a distinctive feature of this mountain, known locally as “al caregon de'l Padreterno” or “God’s throne” because of the broad hollow of the glacial cirque visible from its eastern side, which makes it look like a chair. From Cortina, there is a route around this spectacular mountain, taking it in from different points of view.

From the Cortina d’Ampezzo bus station, follow the road towards Falzarego Pass for approximately 5 kilometres. Once you have reached Pocol, pass Hotel Argentina and turn towards Giau Pass on Provincial Road 638. This is where the most challenging part of the route begins: a 15-km hairpin climb brings you to Giau Pass, at an altitude of 2,236 m, from which you can enjoy the spectacular view over the Dolomites and admire a large and enchanting pasture in bloom.

From here, continue downhill for 10 kilometres and turn left towards Staulanza Pass, crossing the village of Selva di Cadore and Santa Fosca shortly afterwards. You will find yourself before the magnificent sight of the imposing Mount Pelmo before starting the climb up to Staulanza Pass along the slopes of Mount Crot. You will come across the welcoming Rifugio Passo Staulanza mountain lodge when you reach the top of the pass (1,783 m), ideal for taking a break while admiring the Pelmo.

Continue towards Forno di Zoldo and again towards the picturesque village of Cibiana di Cadore, at the foot of Mount Rite. At Cibiana, we recommend a walk to explore the famous murals, huge frescoes on the walls of the ancient stone houses, which earned the village its nickname of “Paese dei Murales” (Mural Village) since the collection of murals transforms the village into an open-air museum.

Head down to the valley floor and, having reached Venas di Cadore, turn left towards Cortina and follow the Alemagna State Road 51 to return to your departure point after 20 kilometres. Along the way, admire a different perspective on the Pelmo to your left, followed by the Rocchetta and Tofane to your left and then the magnificent Antelao to your right.