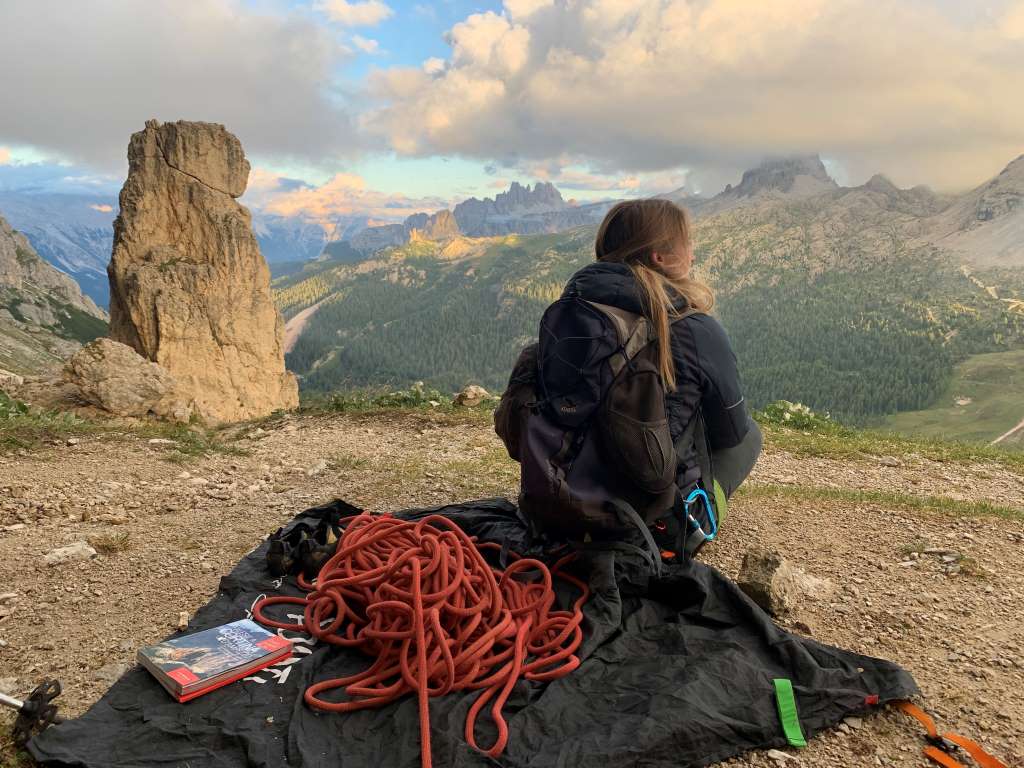 The Piccolo Lagazuòi crag was bolted in the 2000s by Enrico Maioni and Paolo Tassi, guides from the Cortina Mountain Guides Group, in order to create a climbing wall suitable for beginners. Later, other routes were added to the wall, which now comprises over 40 pitches, with the most difficult pitches in the left-hand sector.

The crag is part of the south face of Piccolo Lagazuòi, at a height of 2,300 metres, and it offers over 40 pitches with distances between 15 and 30 metres and levels of difficulty graded from 4a to 7b, with most routes at grade 5, making this crag particularly suitable for beginners. The rock is cliff dolomite, and the walls are mainly vertical or slightly positively inclined. They are exposed to the sun right through to the evening, so that climbing is possible from May to October, but, considering the location’s altitude, the best period is the summer.

The view from the crag is enchanting: you can see many of the most important mountains in the Ampezzo Valley, including Sorapis, Cinque Torri, Croda da Lago, Averau and Nuvolau, and right across to Col Gallina, Marmolada and Sass de Stria.

Sass de Stria is a minor peak in the Fanes group near the Falzarego Pass, and it is famous for its distinctive south arête silhouetted against the sky. At the base of the east wall, at the start of the path that climbs up to the arête, there is a band of rock with slabs well-furnished with holds and not too vertical, making this crag ideal for beginners and rock-climbing courses. Like Piccolo Lagazuòi, this crag was opened primarily for training.

The crag is at an altitude of 2,000 metres, and so summer is the best period for climbing, ideally the morning, because the wall is shaded in the afternoon. There are about 30 routes, with heights between 12 and 25 metres, and with levels of difficulty graded from 4a to 6a, on very compact rock.

Both the crags are in sites of historic interest as these areas were the theatre of battles fought between the Italian and Austro-Hungarian armies from 1915 to 1917, during the Great War.

Approach: To reach the crag Piccolo Lagazuòi, drive uphill towards the Falzarego Pass and leave the car at the Lagazuòi cablecar car-park. From here you can reach the crag in about 20-30 minutes by taking track number 402 (following the signs for the Lagazuòi tunnels) until you reach a left-hand fork with a sign to the crag.

To reach the Sass de Stria crag, after reaching the Lagazuòi cablecar car-park, carry on towards the Valparola Pass for another couple of minutes until you reach a car-park on the left near a large boulder, just before the Museum of the Great War. A track leads downhill and takes you to the wall, easily visible from the road, in just a few minutes.