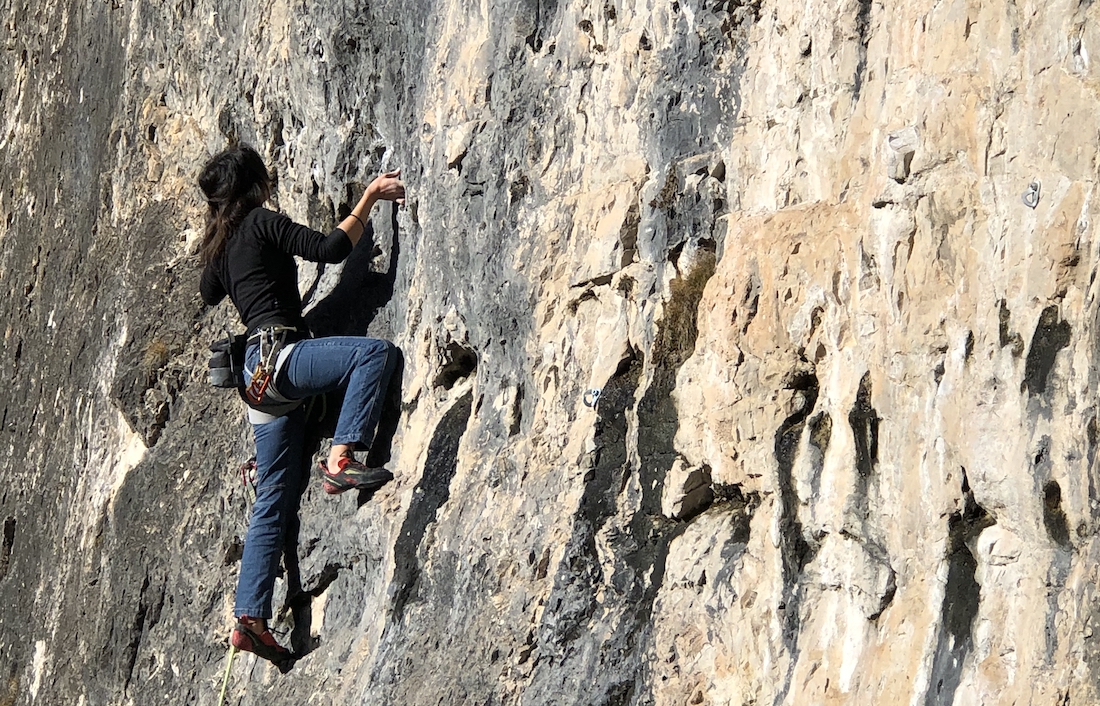 This crag is a long strip of rock in a forested area on the road running from Cortina to the Giau Pass, at the foot of Cinque Torri, and the walls can be seen from the road leading to the Giau Pass. The pitches are at a height of 1,700-1,800 metres and they face south: for this reason, you can climb here not only in summer, but also in spring and autumn, and, if there is not too much snow, even on sunny winter days.

This was the first modern climbing area in Cortina, and it is a favourite amongst local climbers, in part for the convenience of its approach. There are over 80 routes graded from intermediate to difficult, some with multiple pitches, graded from 6a to 8b+. The pitches vary in length, reaching 40 metres (for this reason, an 80-metre rope is recommended), and the rock is dolomite with flakes and pockets, overhanging in some parts. The climbing is never straightforward and good footwork is necessary. The bolting is appropriate for the routes’ degree of difficulty, but more widely spaced when compared to the crag Crépe de Oucèra Basse. Its most famous historic pitches include “Latte Acido”, “Melassa” and “Patapunfete”.

The crag is subdivided into 4 sectors, linked by an easy track. From right to left, these sectors are:

Approach: From Cortina, drive uphill towards Giau Pass – Falzarego Pass, and at the hamlet Pocol, after passing Hotel Argentina, turn off onto the SP638 road towards the Giau Pass. After 4 km, after a sequence of straight sections of road, park on the right in the long, narrow lay-by. The tracks starting from here are number 437 to Cinque Torri, and numbers 434 and 437 to Croda da Lago. Take the path to the right of the Cinque Torri track, walk around a wooded hill, and after about 100 metres you will reach the first sector (which can be seen from the car park).