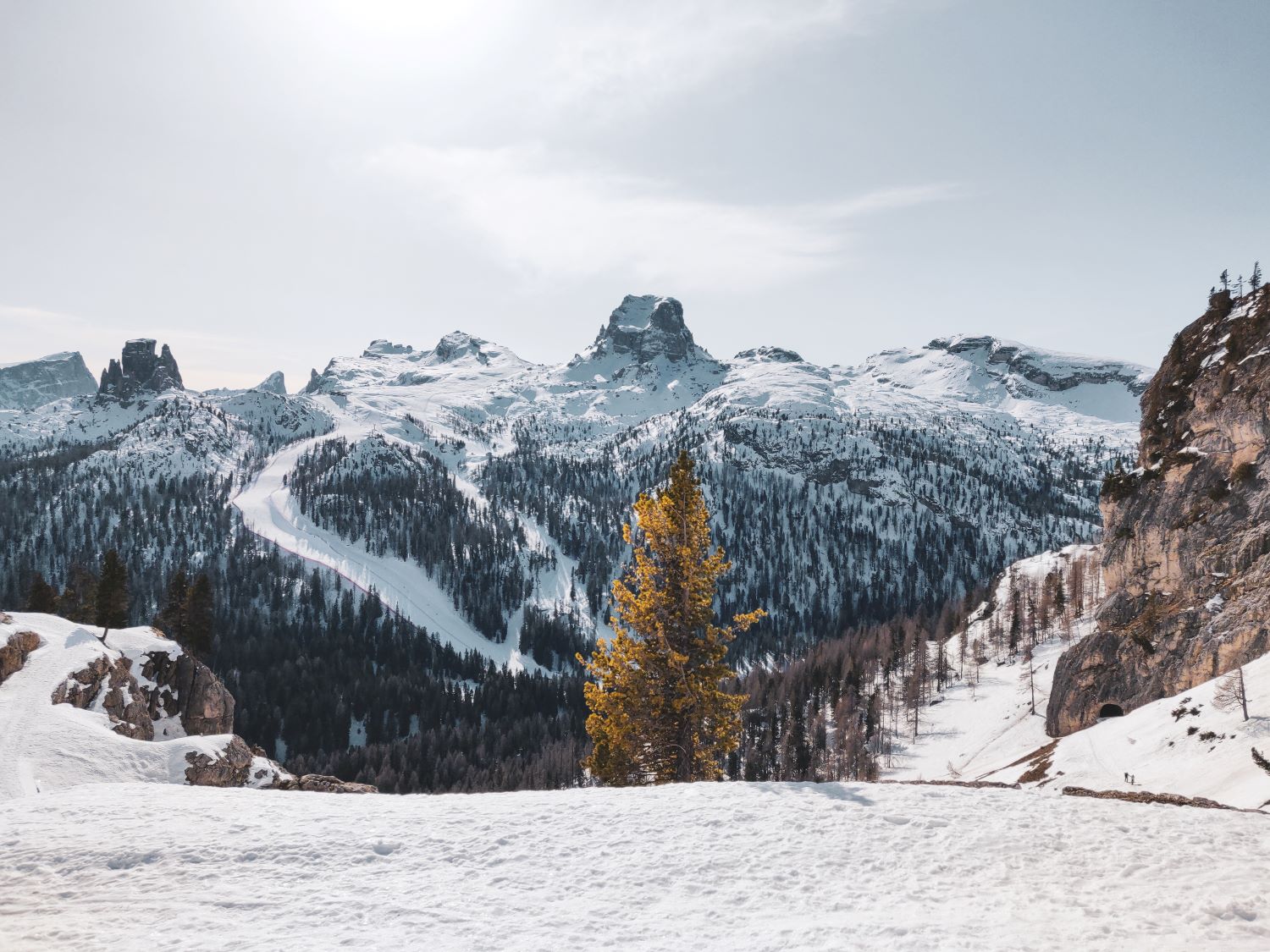 By car: from the centre of Cortina, take the road towards the Falzarego Pass. After about 20 minutes, almost 1 km before reaching the 5 Torri chairlift car park, you will see an unpaved parking area in a clearing, to the right of the road.

By bus: from the centre of Cortina, take the bus towards the Falzarego Pass, and ask to get off at stop n° 291 near the “Cason de Rozes” car park.

A panoramic and moderately challenging ski tour under the faces of the Falzarego Towers and Col dei Bos.

From the car park near the private hut “Cason de Rozes”, following the path of an old military road dating back to the Great War, the route takes you through a clearing for a short distance. Then it enters the forest and the uphill gradient increases a little, taking you up until you reach the slopes at the foot of the rocks at the base of the Tofana di Rozes.

From here, continue until you reach a fork, where you turn right on track 402. Carry on along the track until you reach the gully named Forcella Col dei Bos, between the like-named mountain and the impressive Tofana di Rozes, crossing a short but spectacular tunnel carved into the rock and then continuing along the trail leading to the Forcella Col dei Bos at 2,332 meters.

Like all the mountains in this area, Col dei Bos was the theatre of bitter fighting between the Italian and Austro-Hungarian armies between 1915 and 1918. After going around the northern face of Col dei Bos, you can start up the ridge, reaching the summit, at 2,559 m, after about half an hour.

The final part of the route (from the fork to the summit), being exposed to the wind, very often presents hard or icy snow; it is therefore advisable to pay great attention. From the summit you can admire the majestic Tofana di Rozes, the Cinque Torri, the Lastoi de Formin and Croda da Lago, the mountain hut Rifugio Lagazuoi and, behind you, the magnificent and wild Val Travenanzes.