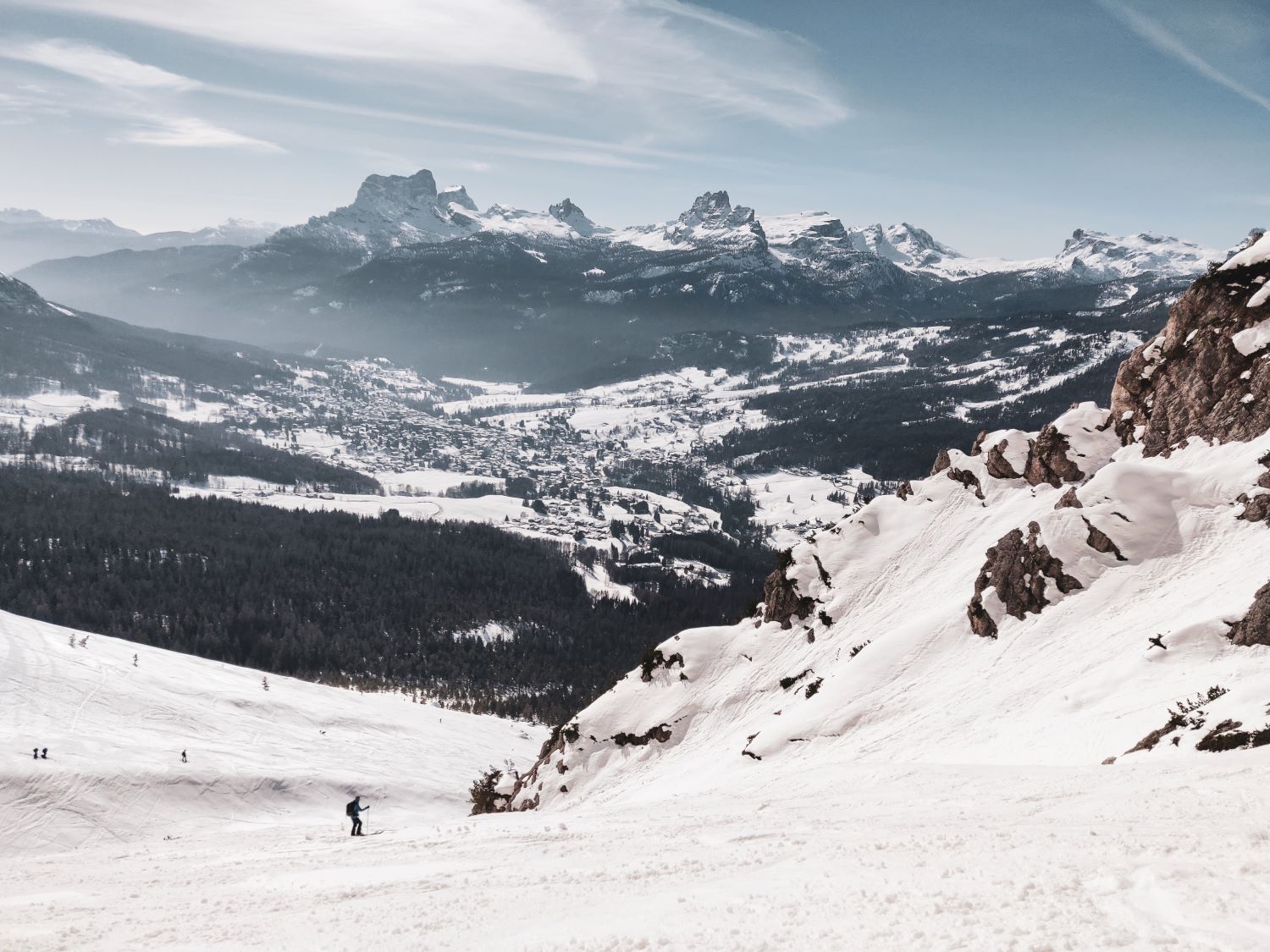 How to reach the starting point:

From Cortina, go westbound towards Dobbiaco. Before you reach the Rifugio Ospitale Hut, park the car close to Podestagno roadhouse (km 112  of streat SS 51) at 1.471 m.

Since the end point is different from the starting point, two vehicles are required. Otherwise, once you have arrived in Fiames, you can take the SAD bus 445 towards Dobbiaco, returning back to the carpark near Rifugio Ospitale.

Beautiful tour around the massif of Pomagagnon that starts from Podestagno and arrives in Fiames. It is suitable for intermediate ski mountaineers with a quite good descent technique.

For this itinerary you can leave your car close to the roadhouse of Podestagno (km 112 of SS 51) at 1.471 m and take the path 201, following initially the cross-country track and later a mule track along Rio Bianco. Once you have reached the turnoff with path 202, which ascends the beautiful Val Padeon and goes through Val Pomagagnon, take it until you will come across a large plateau called “Prati di Pomagagnon”, from where you will ascend the top of the saddle (2.178 m).

For the descent you will ski down the couloir on the opposite side, which is not too steep and it is very wide; thus perfect for those who want to approach more difficult descents. At the end of the descent,  you will reach the path 202, which will bring you to Fiames.

The couloir has a South-East facing exposure, thus it is exposed to direct sunlight until late morning. Afterwards, the snow conditions change very rapidly. It is therefore important to choose the proper time to do the itinerary. The itinerary is very nice also in spring for a good firn descent.
Share on: