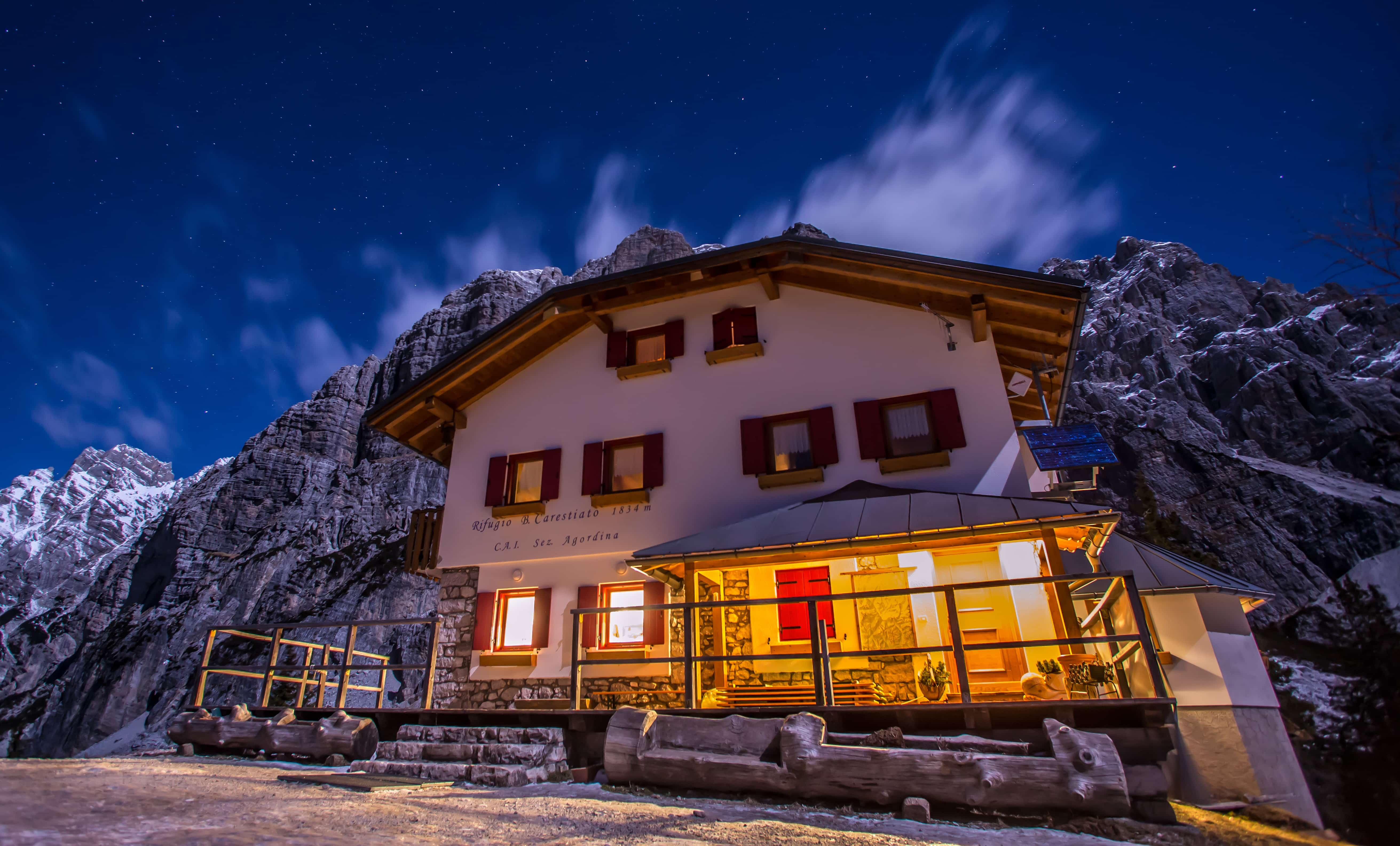 After you leave the peaceful oasis of the Rifugio Vazzolèr, take the road which goes north, inside the wood, until you reach the bed of the river of the Val dei Cantoni, at an altitude of 1685m, where the path deviate abruptly eastwards and continues towards the Pian de le Taie, where the fork with path n.558 goes up towards the huge Torre Trieste. Continue down the dirt-track road that goes down the Val Corpassa until the Capanna Trieste and Listolàde, on the SS203 road, in the Agordino area. Once you reach a second large bend, at an altitude of 1430m, at Sass de la Dispensa, with a little green pasture land clearing, you should then follow path n.554, which breaks off to the left (south).

After a great gravel bed, the path n.554 goes up slowly across the hillside among the mugo pines, under the high precipices of the Castello delle Nevère, then it crosses a little valley, reaches a small shelf and continues under the threatening gravel beds (Giarói or Ghiaoini del Palanzìn), until it reaches the grassy Forcella di Col Palanzìn, c. 1700m.

The path continues among the trees, then cuts through the scree on reddish outcrops and reaches the Forcella Col dell’Orso, c.1700m. Go through a grassy bank with some trees and continue behind the rocks to the Forcella del Camp, 1933m, from where the path goes northwards beyond the spur. Now cross under the Tridente and the beautiful Torri del Camp, from where the southern sector of the Moiazza is already visible. Go down to the east in the Van dei Cantòi, cross a wooded area, pass through Le Stamère and then, under the Pala delle Masenàde, without significant slopes, go up the loose scree and trees to the Col dei Pass, where you will find the Rifugio “Bruno Carestiato”, 1834m.

The Rifugio Carestiato, owned by the Agordo Section of the CAI, was built in 1948 and renovated in 1971 on the Col dei Pass in a splendid position. It is open from mid-June to mid-September, offers basic hotel services and sleeps 34, plus 9 in the winter shelter; electricity with generator. Inside toilets, hot water and shower; CNSAS 118 Rescue Station. Tel: +39 0437 629 49/+39 392 9746984; Email info@rifugiocarestiato.com.