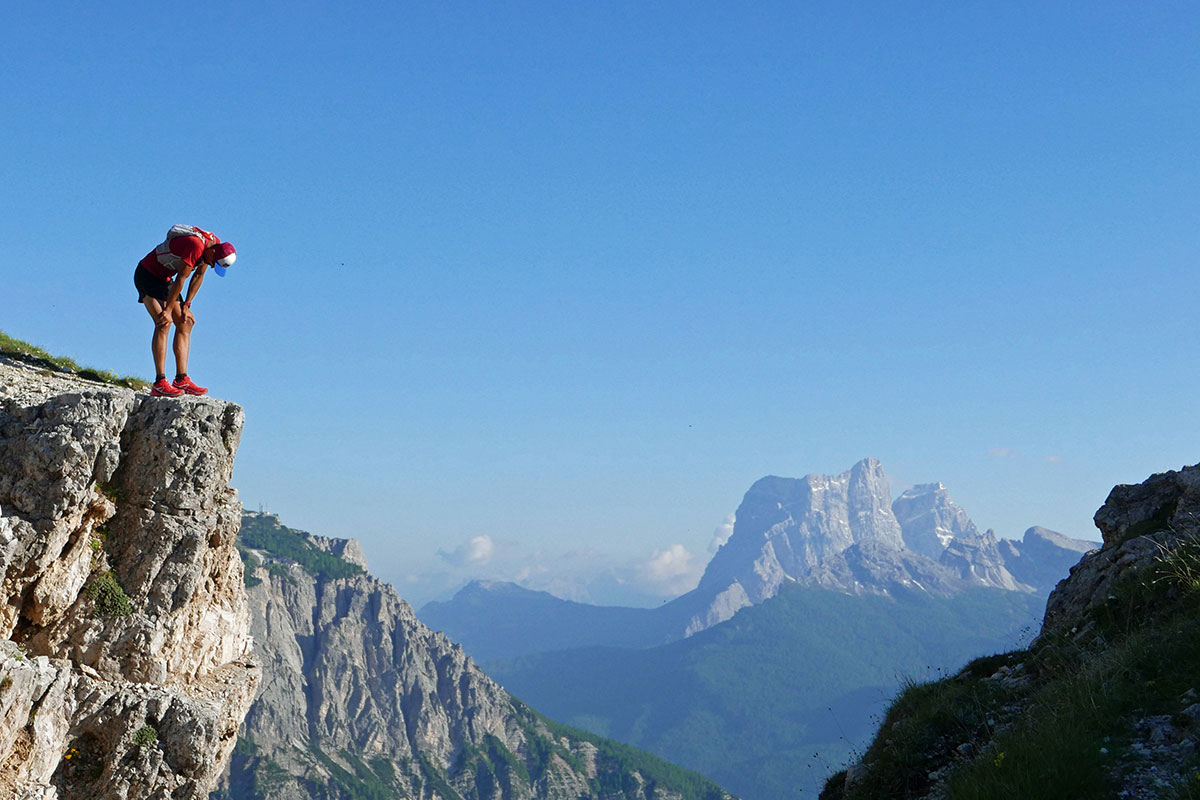 Starting from the Rio Gere car park, take track n° 211 which leads you past the picturesque malga (Alpine farm) El Brite de Larieto. Stay on the same track after the junction with a path that descends a short distance to the Rifugio Mietres mountain lodge, where you can enjoy some food and drink and admire the superb views of Cortina and the Tofane mountains from a terrace with sauna and wooden hot tub. When you reach the junction with track n° 204, take this path that climbs steeply for over 300 m vertical distance until you reach the gully named Forcella Zumèles. It’s a tiring climb, but well worth it for the view over the entire Ampezzo valley from an altitude of 2,072 m. Stay on track n° 204, which takes you downhill until you reach the intersection with the easy track n° 203. Turn left onto this track, and carry on downhill towards Ospitale. You are now in Val Padeon, a valley between the Pomagagnon group on the left, and the Cristallo group rising steeply on the right. Carry on along the gentle descent on this path amongst trees and pastures, until you reach the Alemagna SS 51 road at Ospitale, where the like-named mountain lodge has been welcoming travellers and traders for over 700 years. Its interiors and cuisine reflect its long history and tradition.

By car: If you want to use a car for this route, you will need two, one that should be left at the finishing-point, Ospitale, about 20 minutes from the centre of Cortina on the state road SS 51 towards Dobbiaco; you will need the other to reach the starting point, returning towards central Cortina and then driving towards the Tre Croci Pass and Misurina, reaching the Rio Gere car park alongside the road.

By bus: You can reach Rio Gere by taking one of the buses running between Cortina and Misurina, operated by the Dolomiti Bus company. Once you have completed the excursion at Ospitale, you can return to Cortina with a bus on the Dobbiaco-Cortina route operated by SAD. These are routes running outside the towns, and so buses are not frequent. We recommend checking the times on the Dolomiti Bus and SAD websites when you are planning your excursion.

The climb up to Forcella Zumèles is very steep and requires care.
Share on: