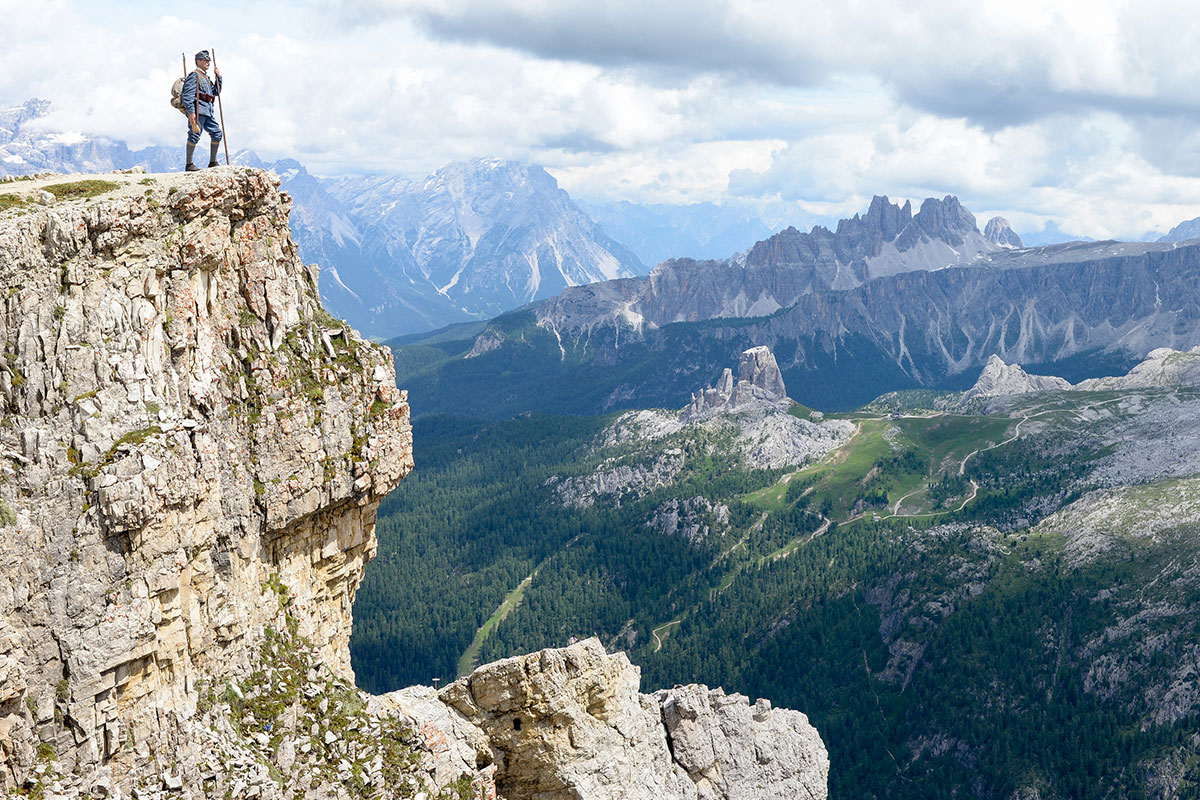 On the front line: Lagazuoi and Forcella Travenanzes

Take the cable car Lagazuoi to the station of the Lagazuoi cable car, a few steps below the Rifugio. Here you will find a high-altitude museum, Lagazuoi EXPO Dolomiti, which organises photographic exhibitions and events. Admission is free of charge.

After the visit, walk up to the Rifugio Lagazuoi in a few minutes. The terrace of the mountain hut offers a spectacular view over an array of mountains towards the south and west. In summer, here, and along the surrounding tracks and tunnels, guided tours are organised, led by historical re-enactors dressed in uniforms from the First World War period.

We recommend going up the short track, amidst the paths and fortifications dating back to the Great War, until you reach the peak of the Piccolo Lagazuoi and the famous Lagazuoi crucifix that celebrates the victims of the conflict: it is the highest point on the walk. During this part of the route, in summer you will see many different wildflower species that bring colour to the otherwise barren and rocky ground. Some species, such as Artemisia genipi, are very rare, and have found their ideal habitat near the Rifugio.

Walk back to the Rifugio and continue going downhill along track n° 401 with a stunning view of the Tofana di Rozes in front of you, until reaching Forcella Lagazuoi, at an altitude of 2,573 m. From here continue along track n° 402 to the gully Forcella Travenanzes and all the way down the parking area at the starting point of the cable car Lagazuoi, with a 400 m vertical distance downhill.

By car – From the centre of Cortina, follow the signs to Passo Falzarego, which you will reach in about 25 minutes. There is a car park at the foot of the Lagazuoi cable car.

By bus – Dolomiti Bus operates a bus route from the Cortina bus station to Passo Falzarego. As this is an out-of-town route with only a few trips every day, we advise checking the timetables when you are organising your trip.