Local food production and traditions: the Alpine farms of Cortina

Cortina’s local farms are not just a chance for tourists to taste local products. They are also a way to keep traditions alive and take care of the land. 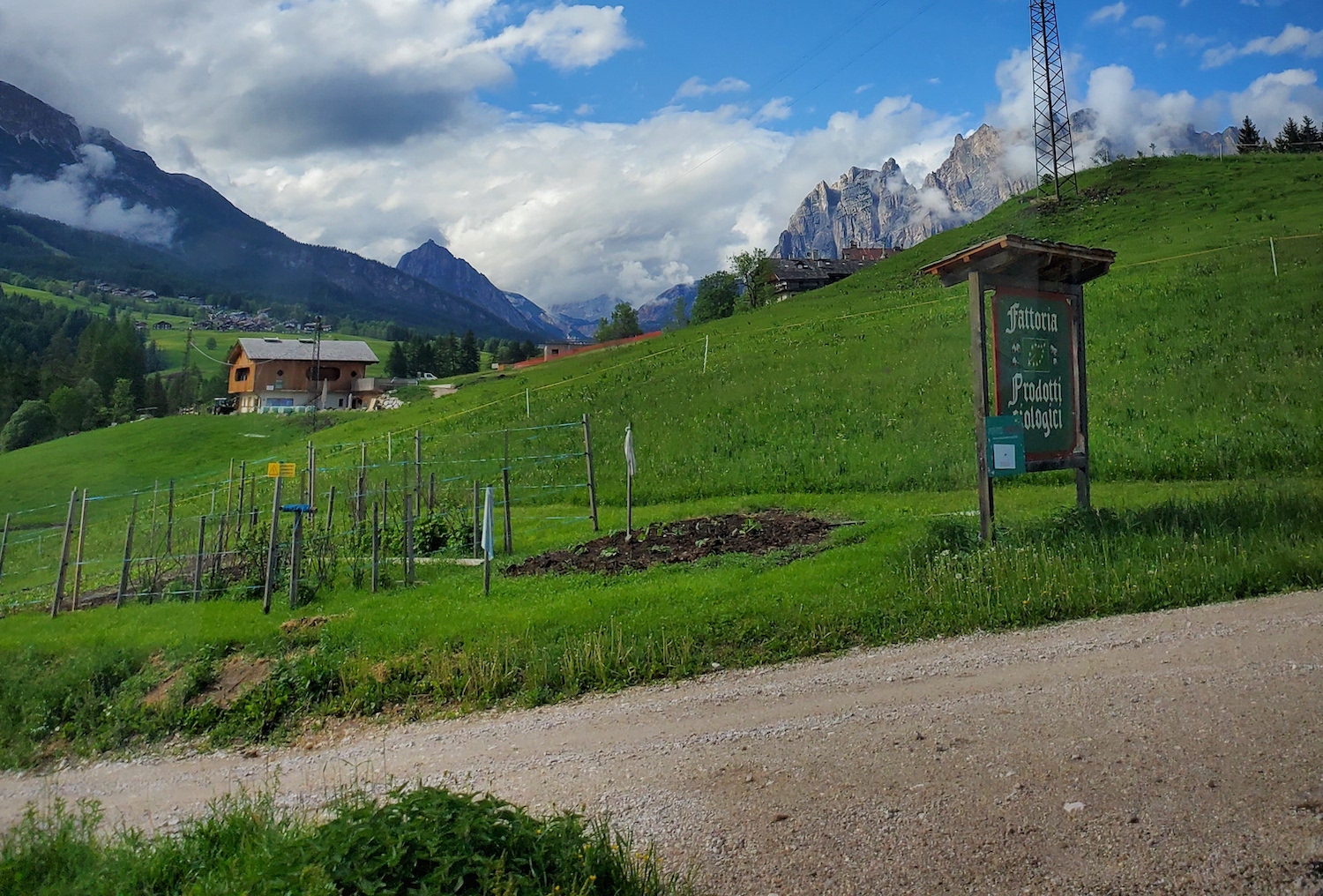 Davide Santer has a long history in farming, animal breeding and the restaurant business. A few years ago, he started making real his dream of running his own farm. Today, the Azienda Agricola Santer (Santer Agricultural Company) is located between the hamlets of Pezié and Manaigo, just a couple minutes’ drive from the town centre. In the summer, Davide’s cows graze in the meadows around the stable, in a beautiful setting made of traditional houses and the stunning backdrop of the Tofane mountains.

Santer’s farm can be described using the keywords quality and care: not only do the cows live in a spotless environment, they also eat very well. They are fed exclusively grass, cereals, legumes and hay, which earned their milk the EU’s STG Haymilk certification, and the farm is also certified as organic.

Santer’s farm is an example of Cortina’s commitment to the territory and quality products, and of how it is increasingly becoming a joint effort. Cortina Pro Sport, a rental shop of bikes, skis and other sports gear, launched an initiative with FattorMia, a website with the goal of helping small farmers and producers. When paying for the material rented at Cortina Pro Sport, clients can donate 1€ or more that will be used to support Azienda Agricola Santer and SanWido, another small agricultural company of the region. Thank to this collaboration, it is also possible to adopt an animal of one of the two farms directly on the FattorMia website.

Another sign of collaboration within the community is in the sales: the Cooperativa di Cortina and Latteria Cortina are selling Santer’s cheese and yogurt, a move to please customers while supporting the local economy.

Santer’s farm is part of a wider movement of local food producers that has gained traction in the last few years but really goes back a long time. Once a land of farmers and lumberjacks, Cortina is committed to maintaining a small but high-quality local food production. Among the handful of local farms, three of them are also restaurants, a chance for guests to savour delicious dishes produced with local ingredients.

One of these is San Brite, an extraordinary story of perseverance, quality and success. The Gaspari family started running El Brite de Larieto, a farm and restaurant, a few decades ago. When the new generation took the reins, they opened a cheese factory and a new restaurant, San Brite.  A few years on, the family is successfully running the three businesses, and the San Brite has been awarded by the Michelin Guide a Star and a Green Star, recognising the extraordinary level of the cuisine as well as the firm’s standing as a frontrunner in sustainable practices.

On the other side of the valley, in a large meadow surrounded by thick woods rises Malga Federa, another restaurant-farm. It’s all in the name: malga is the Italian for mountain farm, while Fedèra, also the name of the area, comes from the local word for sheep, indicating a place where sheeps graze. Malga Federa is a beautiful mountain farm with cows, donkeys, hens and pigs, featuring a restaurant and a few rooms for guests. The delicacies served at lunch and dinner are a blessing for the hikers who arrive here after walking aside the waterfalls of the Gores de Federa trail and for the ski mountaineers who come all the way up in the winter.

Closer to the town centre, in the incredibly picturesque and traditional hamlet of Ciadìn, the Ghedina family built their farm and, just a few metres from it, the Jägerhaus, a restaurant with some rooms. The Jägerhaus restaurant has become renowned for its outstanding meat and meat products, the result of a 100% organic production and a long family tradition. The quality of the food proposed, mostly traditional recipes, is matched by the beauty of the building. Everything here, from the dishes to the interiors and the views out the windows, tells a story of tradition and timeless quality. 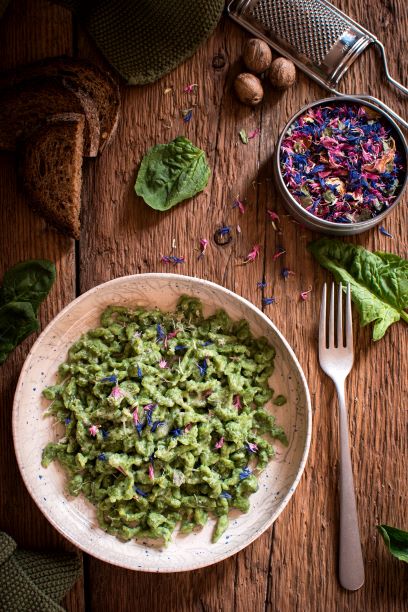 These small gnocchi made of egg dough come in many different flavours and with a variety of sauces. Cortina's most popular spätzle are made with spinach, which gives them a green colour that matches the woods of the Dolomites.