The natural environment of the Dolomites

Fauna of the dolomites

The Dolomites with their wealth and variability of habitats have supported the settlement and the diffusion of numerous animal species, which have adapted admirably also to the most extreme conditions. So, it isn't neither difficult nor rare, above all during the summer excursions, to have exciting close encounters with squirrels and roe deers, marmots and foxes, or to notice a beautiful specimen of golden eagle twirl in the sky.

Numerous are also chamoises, whose herds are particularly common in the area of the Ampezzo Dolomites Natural Park and in National Park of Dolomiti Bellunesi, and deers, whereas more difficult is the sighting of steinbocks, badgers and ermines. The mouflon is present in the Marmolada area, in San Tomaso Agordino, in Vallada Agordina, in Alleghe, in Gosaldo and in Arabba, in the municipality of Livinallongo del Col di Lana.

Among birds, beyond the already mentioned golden eagle, there are also woodpeckers and owls, united by the common habit to live in tree hollows, the partridge, well-known for its seasonal plumage molt and the magnificent grouse, which is present and prolific in the less disturbed areas, and therefore very difficult to see. 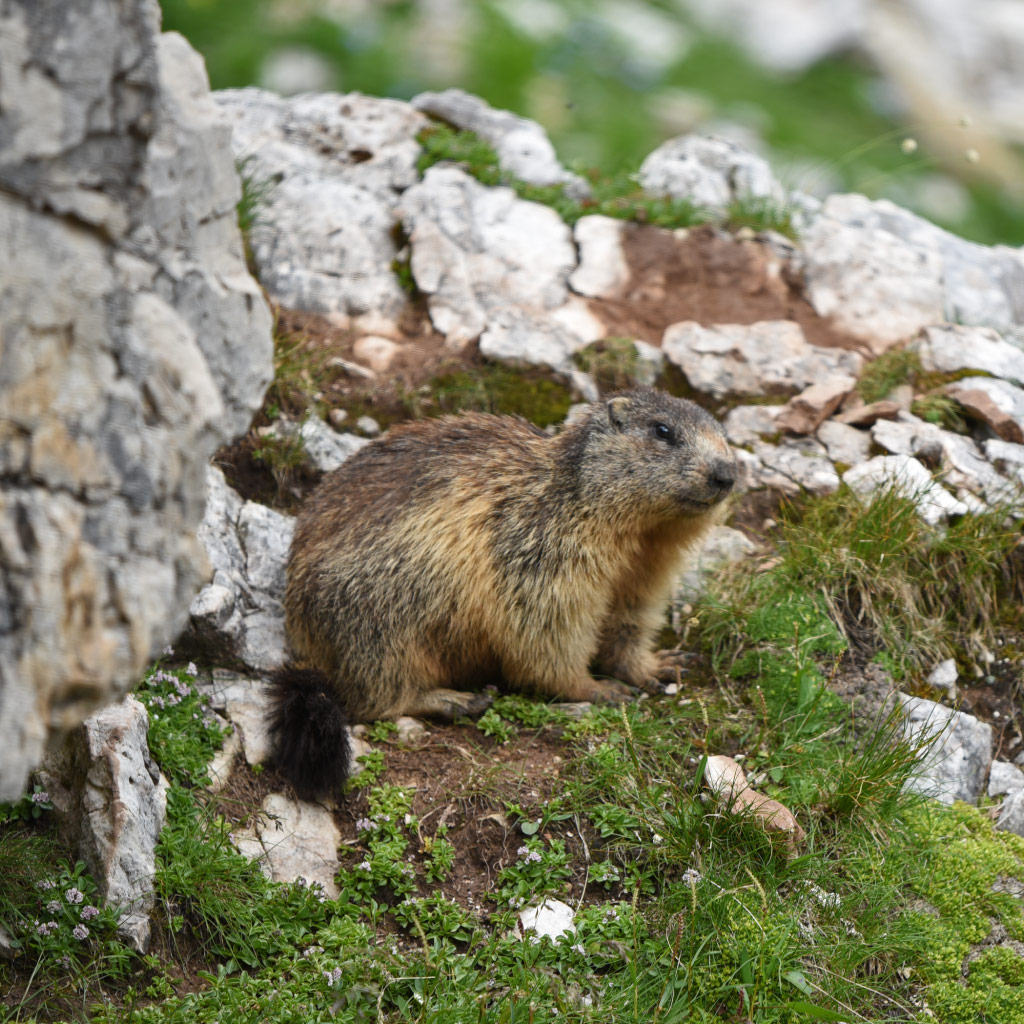 The flowers in the dolomites

Between April and June, the snow melts and nature reawakens. The Dolomite landscapes are quickly transformed by a mass of spring flowers. During hiking excursions you see a huge quantity and variety of Alpine flowers: gentians, rhododendrons, edelweiss and bell flowers are just a few of the numerous species that colourfully thrive in the Dolomites in spring.

There's a special wonder about walking in the uncontaminated nature and vast spaces of the mountains and suddenly discovering a flower among the grassy meadows or nestled in the rocks. But these beautiful plants do more than contribute to a sense of inner peace: many local flowers and herbs are used as highly effective remedies for health problems. And you'll also find a surprising amount of them on the menu in mountain refuge restaurants, as ingredients in typical local recipes, or used to flavour Grappa liqueurs... for example gentian grappa is appreciated for its digestive and tonic action. 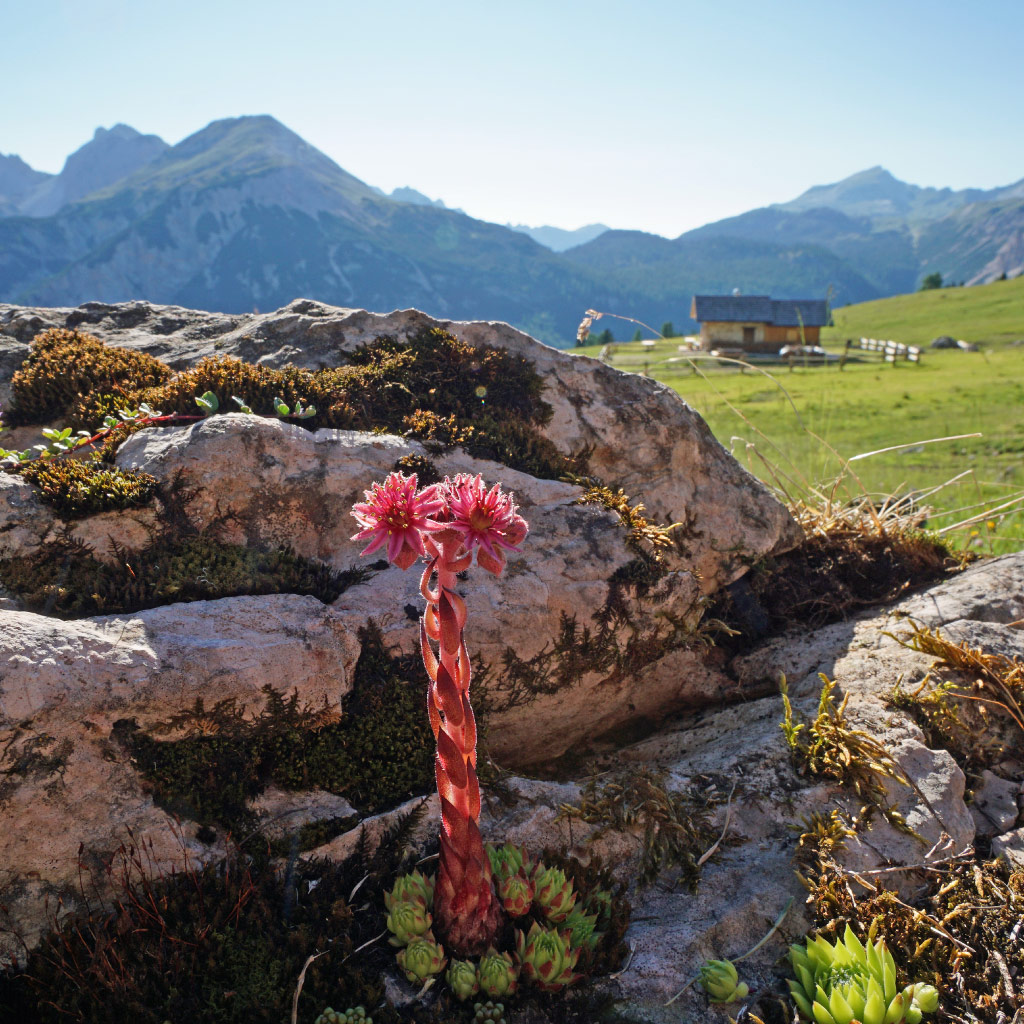 Small but mighty lakes of the dolomites

If summer holidays in the mountains are a pleasure for body and mind, the hikes to the many easily reachable lakes will make them even more attractive.

The glacial lakes of Coldai, under the Civetta, Lake Sorapiss, below the Sorapiss peak, Lake of the Negher or Giai, located in a valley surrounded by the Cime d'Aute chain, Lake Lagazuoi, below the Fanes peaks and Lake Federa below “Croda da Lago”.

And then Lake Boè between Alta Badia and Arabba, Lake Cavia in Valle del Biois, Lake Baste in Val Fiorentina at the beginning of the climb to Mount Mondevàl. Worth of mention and of breathtaking beauty are also the alpine mighty lakes on whose surfaces are reflected the forests and peaks of the Dolomites: Lake Misurina, Lake Braies, Lake Alleghe, Lake Fedaia and the Lake of Auronzo. 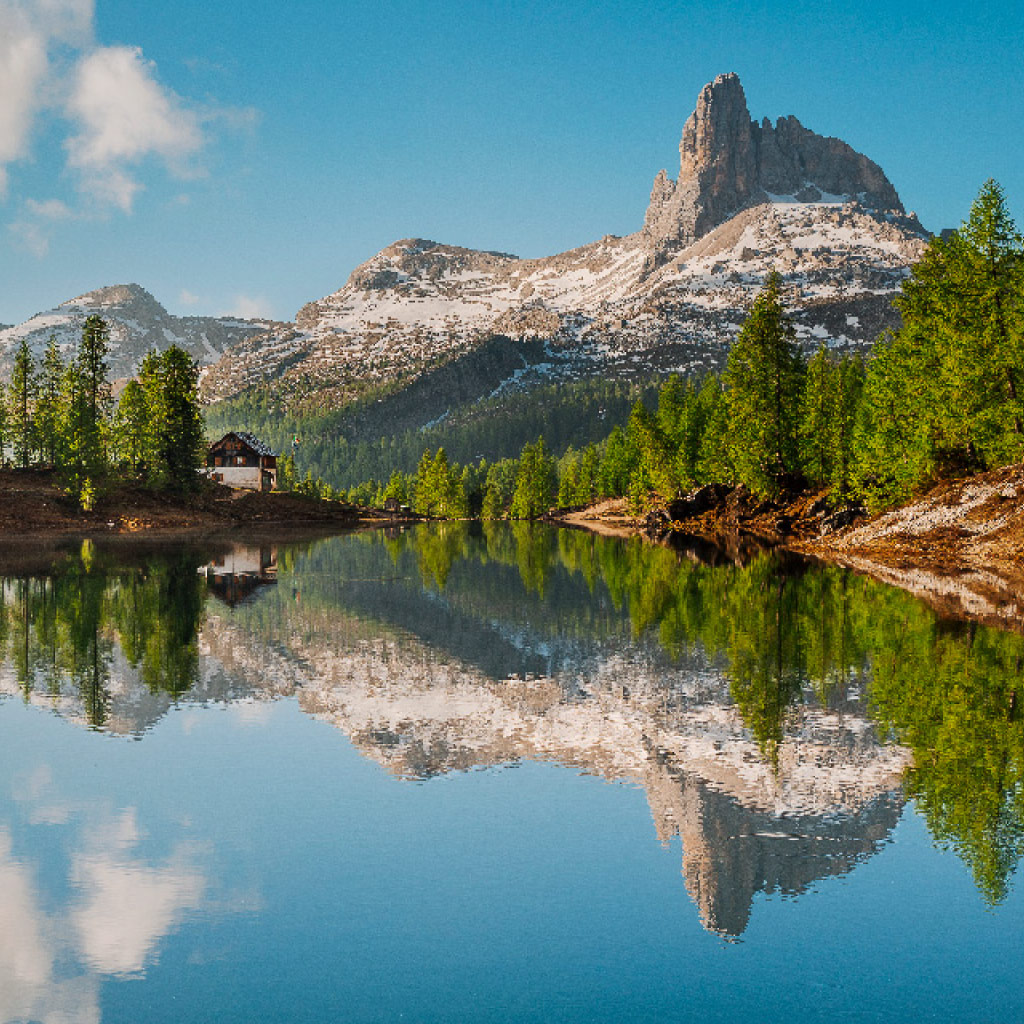