Cultural heritage of the dolomites

The ladin language and the dialects of the dolomites

One of the first traditions safeguarded by mountain people is their ladin language also called “Ladin Dolomitan” that is the Dolomite's ladin. A melting pot of all the dialects belonging to the Ladin tongue that you can find also in Friuli and in Graubünden, one of the cantons of Switzerland.

The valleys of the historic ladinia are five: Val Badia, where they speak “Badiot”, Val Gardena (Gherdëina), Val di Fassa (Fascian), Livinallongo - Arabba (Fodom) and Ampezzo (Ampezan). This means about 30,000 inhabitants that make up what has been left of a territory where the ladin language is still written and spoken, although less than in the past. In the past, the ladin language was considered a dialect. Today, in addition to German and Italian, Ladin is recognized as the third official language and it is also taught in schools.

See also "The museums of the Valle di Fodom" The Dolomites are home to an ancient tradition of legends and story-telling passed down through the centuries. The story goes that the Princess of the Moon fell in love with the Prince of the Dolomites, but when she was on the Earth she became homesick for her glowing white home. The Prince of the Mountain Forests ordered his gnomes to make his kingdom shine like the Moon.
At the next full moon, his miniature subjects went to work, spinning the moon's rays into threads.  The endless piles of silver thread were then unwound over all the mountain slopes, cliffs and valleys, covering them with a shining white mantle.
And so the Prince was able to bring his Princess back to his mountain kingdom, where she no longer felt homesick.

Thus goes the tale of Carlo Felice Wolff called "Lusor de Luna". Ever since, the Dolomites have been called The Pale Mountains, a fairytale place for an unforgettable holiday in the UNESCO Dolomites. 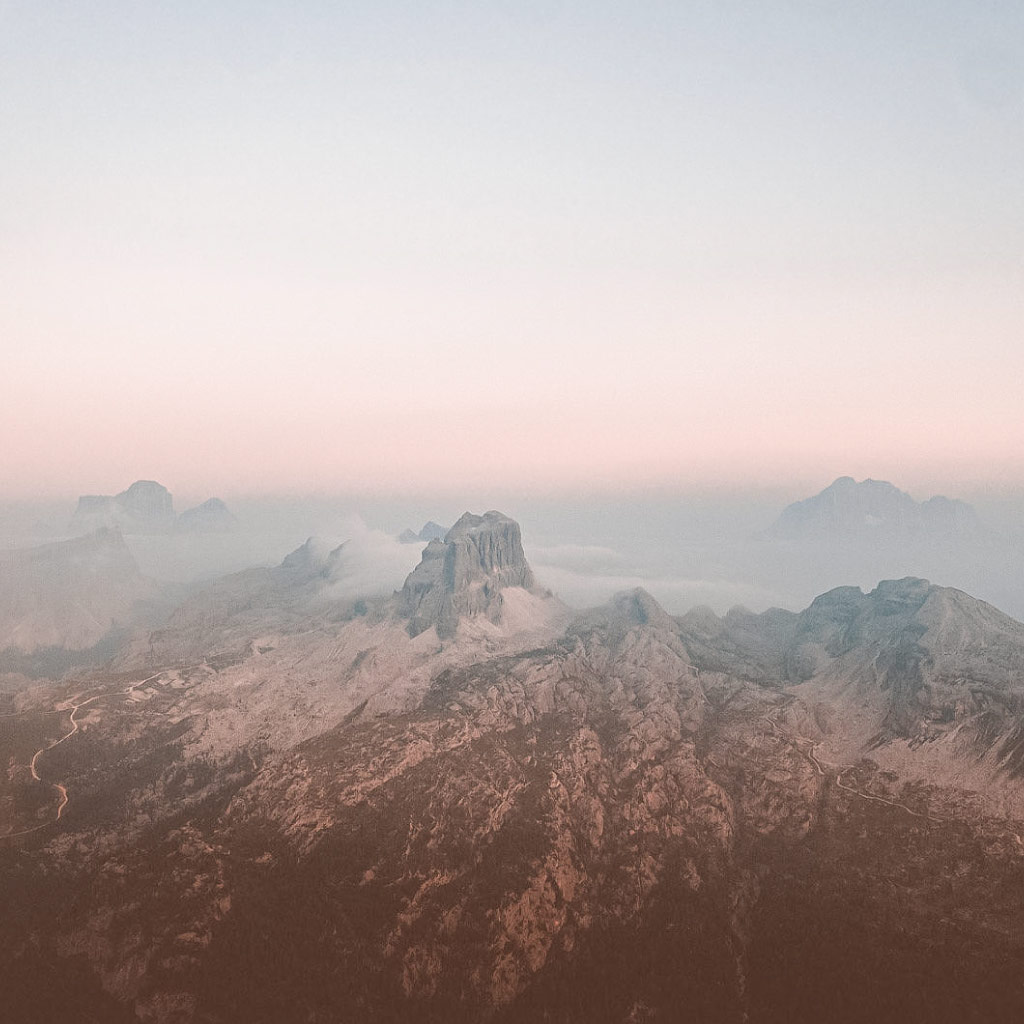 A walk through the forges (called fusine) at the foot of the Marmolada, in the hamlet of Sottoguda, is a real trip through history. Here ironworks  have always been a main attraction; master craftsmen from Val Pettorina still use tongs and hammers to work their iron in a craft that has been handed down from father to son throughout generations dating back to medieval times.
At Cortina d’Ampezzo the wrought iron tradition lives on in the many art craft workshops that offer a rich and varied production. Objects are formed in marvellously artistic, elegant forms that compliment any environment, combining practicality, solidness and refined aesthetics.
Forno di Zoldo also wrote its page in the history of iron works: in fact, at the Palazzo del Capitanato you can visit the Museum of Iron and Nails - il  Museo del Ferro e del Chiodo, dedicated to the “ciòdarot” (master nail makers) and the forgers from Zoldo. 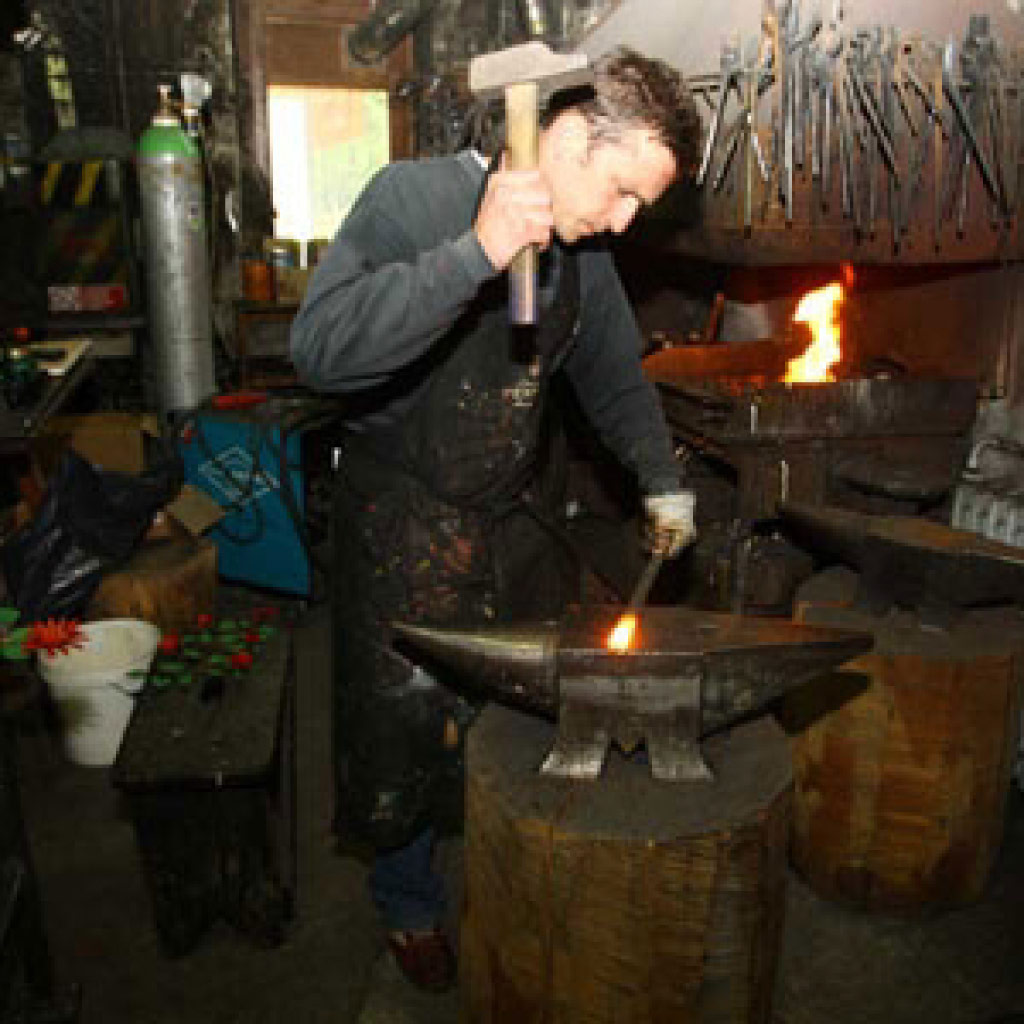 Say it with flowers... In filigree

Swaying gently in fluid swirls formed by the hands of ancient skills and  artisan traditions, genteel ornaments that shape unruly tresses of hair above traditional costume dresses: these are the 'tremui', or 'tremuli' d'Ampezzo, poetry in silver, the metal of archaic purity, lunar and female symbol – gold being solar and male – turned into a sinuously elegant piece of jewellery for generations of Ampezzo women, transforming fatigue into beauty.
Trembling 'tremuli', filigree weaves in delicate patterns, fine skills in an intricate art that has blossomed over time into a very special local excellence.
A technique and a soul: the painstaking labours of the silversmith and the spirit of continuity that lives on inside the noble gestures of a very special metal. A 'minor art', perhaps, but one that exemplifies a culture which has always expressed its identifying spirit through feminine ornaments. And here, inside the thin swirls of silver, flows the creative vein of a people who at first sight seem constrained to toughened sobriety of habit and thought by the harshness of mountain life. Jealously and lovingly preserved among family treasures, from time to time, the 'tremuli' emerge from their homes to enrich some special event with a magical glimmer of tradition. 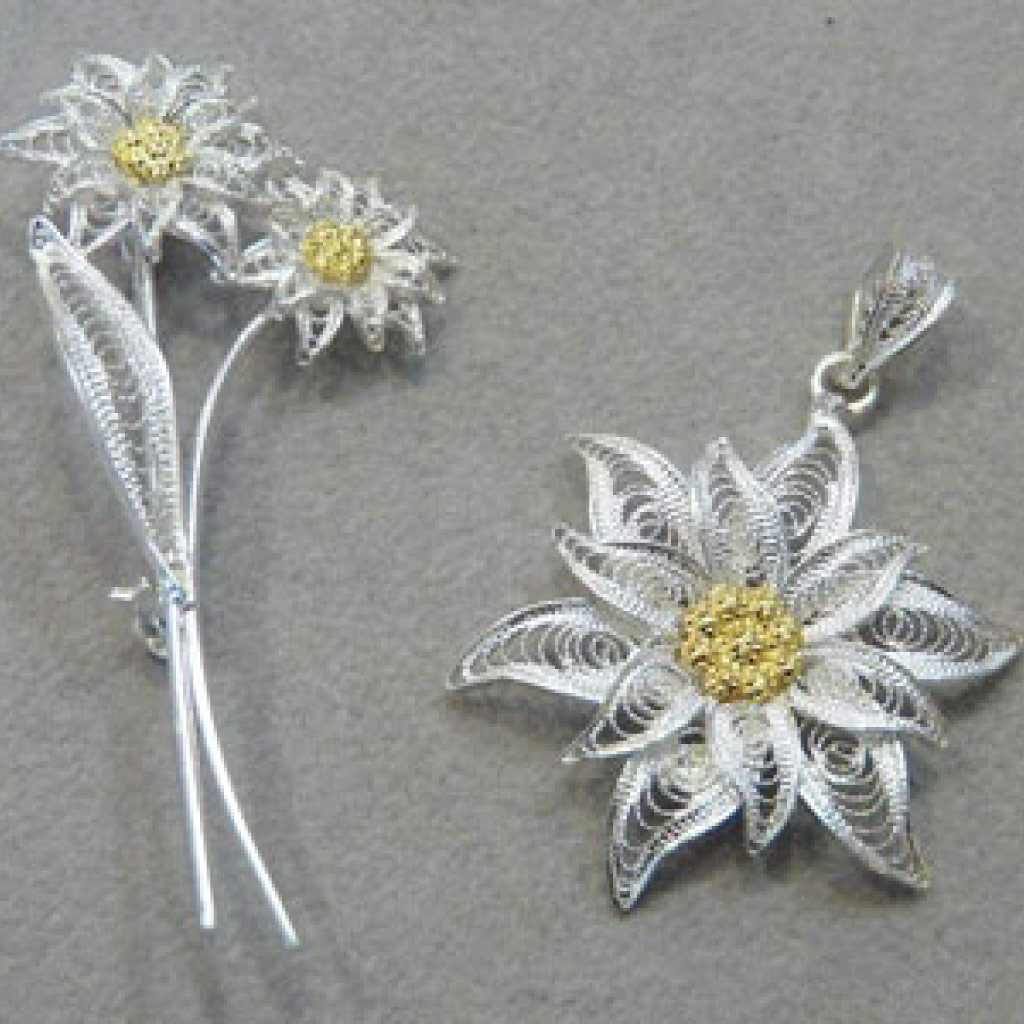 Churches and chapels in the dolomites

A distinct characteristic of the Dolomite landscape is a significant distribution of churches and chapels, not only in the centre of villages, but also scattered throughout the small hamlets and isolated locations you can come across during summer and winter excursions.
From Arabba to the Parochial Church in Cortina d’Ampezzo, from the churches in Falcade, Alleghe, Selva di Cadore and the Val di Zoldo all the way to Laste di Rocca Pietore passing the Santa Maria delle Grazie sanctuary in the area of the Marmolada. Like the Dolomite giants, the bell towers are also spectacular sights, jutting out against an azure sky, built on ancient walls adorned with colourful frescoes and ornaments that inspire prayer in a contemplative environment.
Besides the magnificent parochial churches there are also lots of small chapels that give their visitors time to stop and reflect. 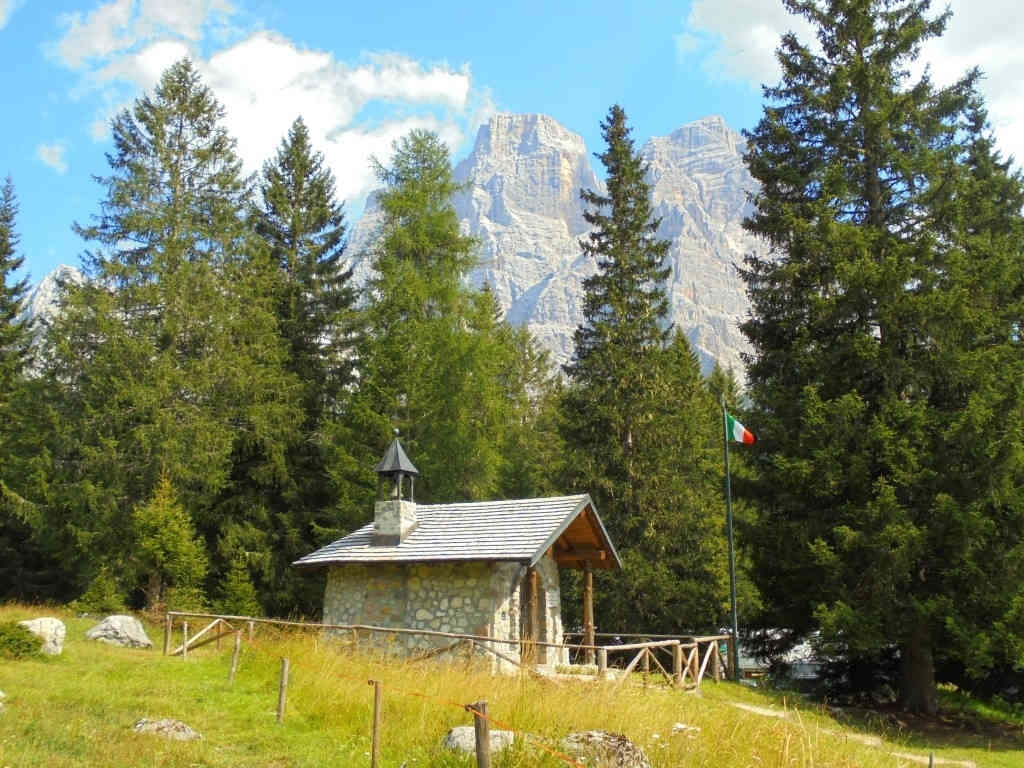