Roadbike tours on the Passi Dolomitici

On the passes of the giro d' italia

The Dolomites have always been a paradise for cyclists, on these roads were challenged over the years the champions that were struggling and challenged each other going up the Passes of il Giro D'Italia, which each year it passes through these extraordinary mountains.
The "legendary" Dolomiti Passes: Pordoi, Fedaia, Falzarego, Sella, San Pellegrino, Duran, are all reachable by bike from Selva di Cadore, turn after turn you will have fun and the shigt of the Dolomites will leave you emotions that you will cherish.
Right from the village of Selva di Cadore begins the famous Passo Giau which climbs up to 2236m before descending towards to Cortina d Ampezzo. Passo Giau was proposes several times in the stages of the Giro D 'Italia, because of its technicality and high spectacular nature. From here passes every year the Marathon of the Dolomites, an amateur competition of cycling, one of the most popolar amateur race in the World. During this sporting event take off 9000 competitors who challenged and have fun along the passes and streets of the UNESCO Dolomites. 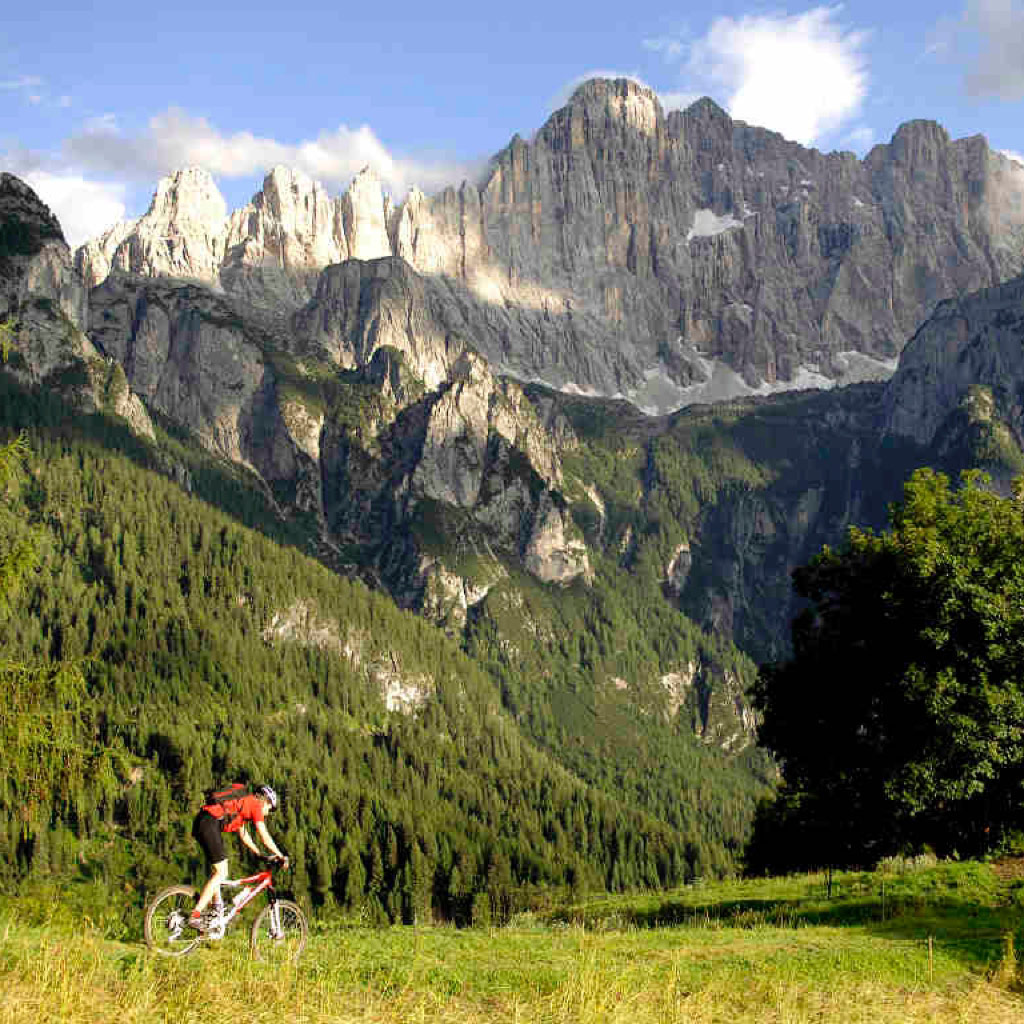 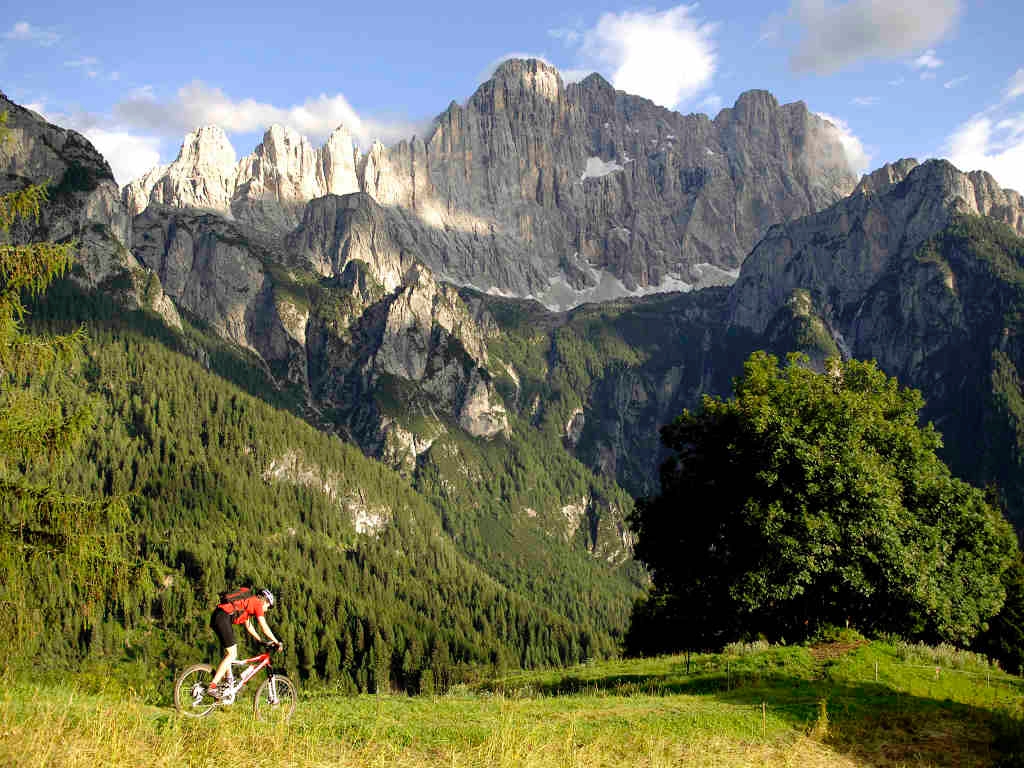 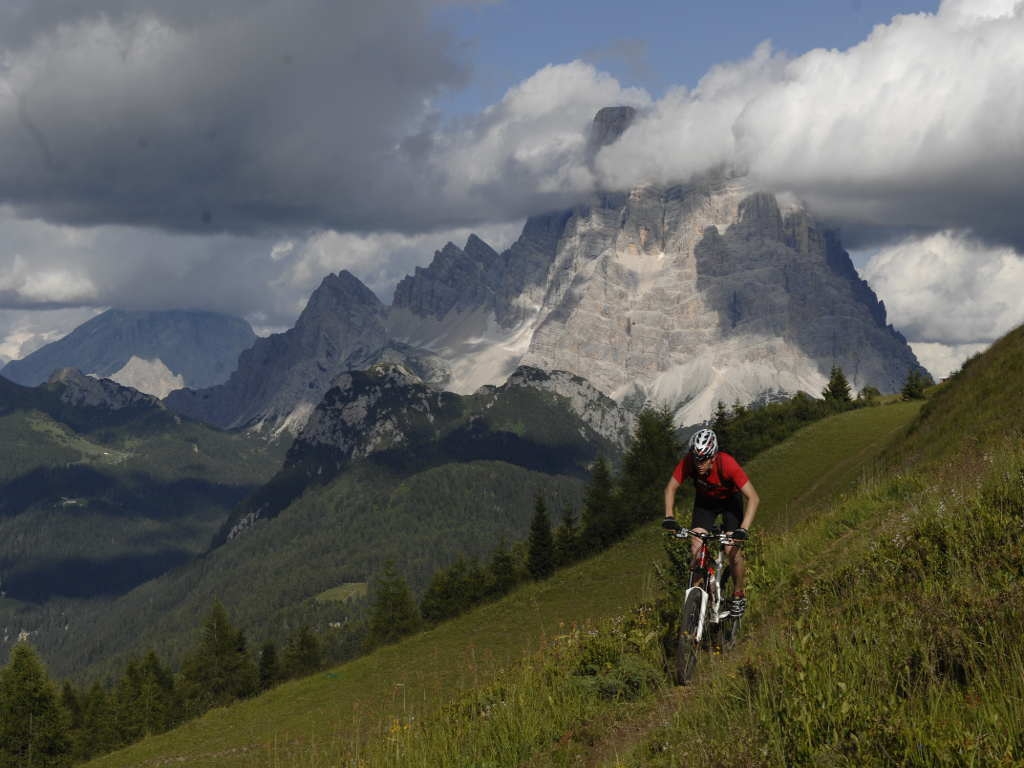 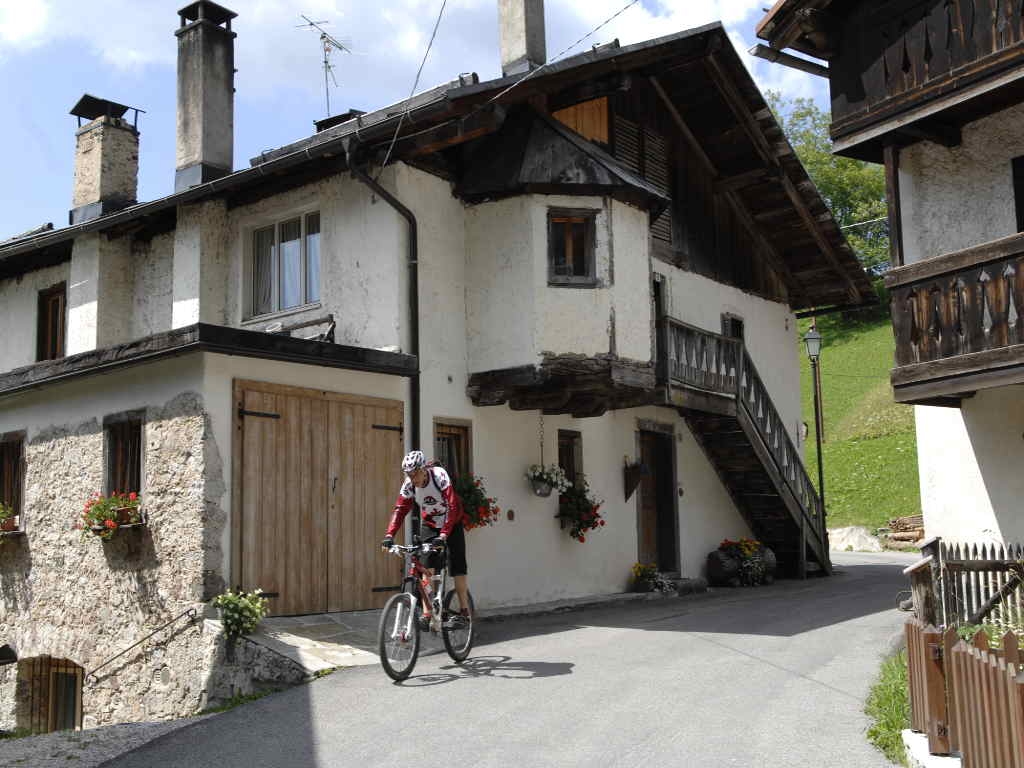 Mountain Bike the Val Fiorentina and its villages 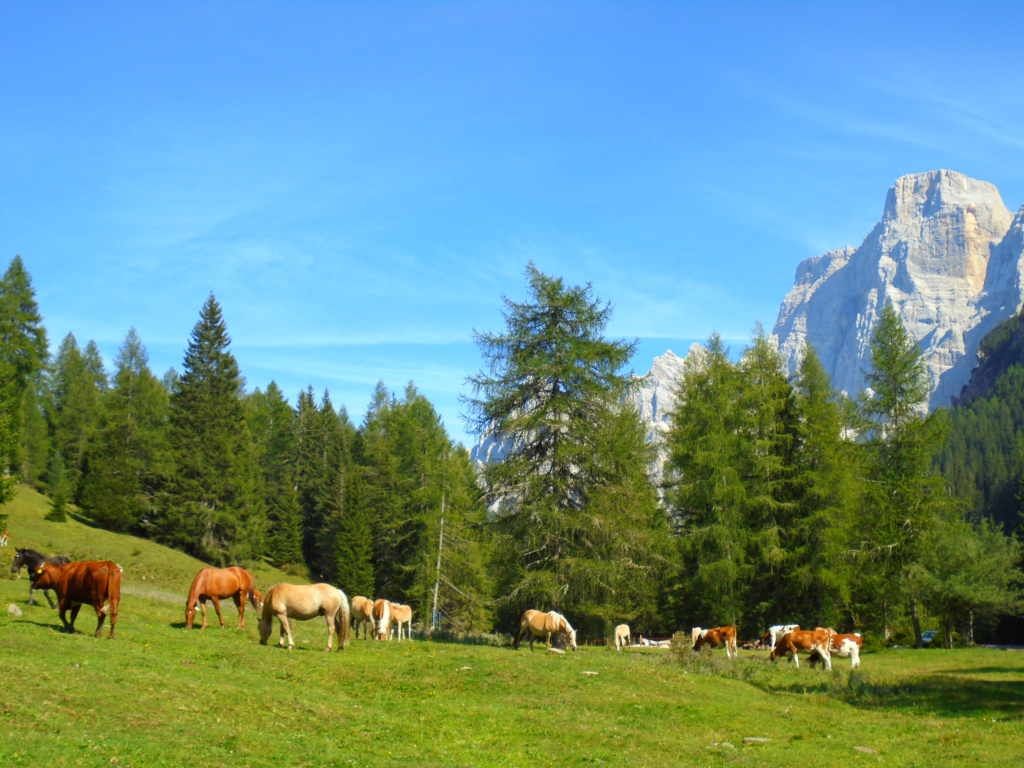