Let ancient stories take you to discover the pale mountains.

When God made the world, he decided to cover it with flowers and plants.
He created flowers of every colour and perfume, and herbs with magical properties which he scattered everywhere. Fields and hills became like brightly coloured carpets, and the woods rustled with an outpouring of green.
Only the high mountains of the Alps remained bare and silent. Nothing could grow that high up, on the cold and naked rock. The mountains were saddened by this, and asked the heavens for help.
One night, when the full moon was shining, the angels came, collecting the stars in their hands and scattering them over the rocks, where they settled in the crevices. The mountains joyously wrapped each star in a soft down to shelter it from the cold, and offered it a little earth to cling to with its fragile roots. The moon, watching from the sky, was enchanted by the sight of all these stars in the mountains, and by bathing them with her light she turned their petals white.
At sunrise, the mountains were covered with white, star-like shapes: the very first edelweiss, or stella alpina in Italian (literally, Alpine star). 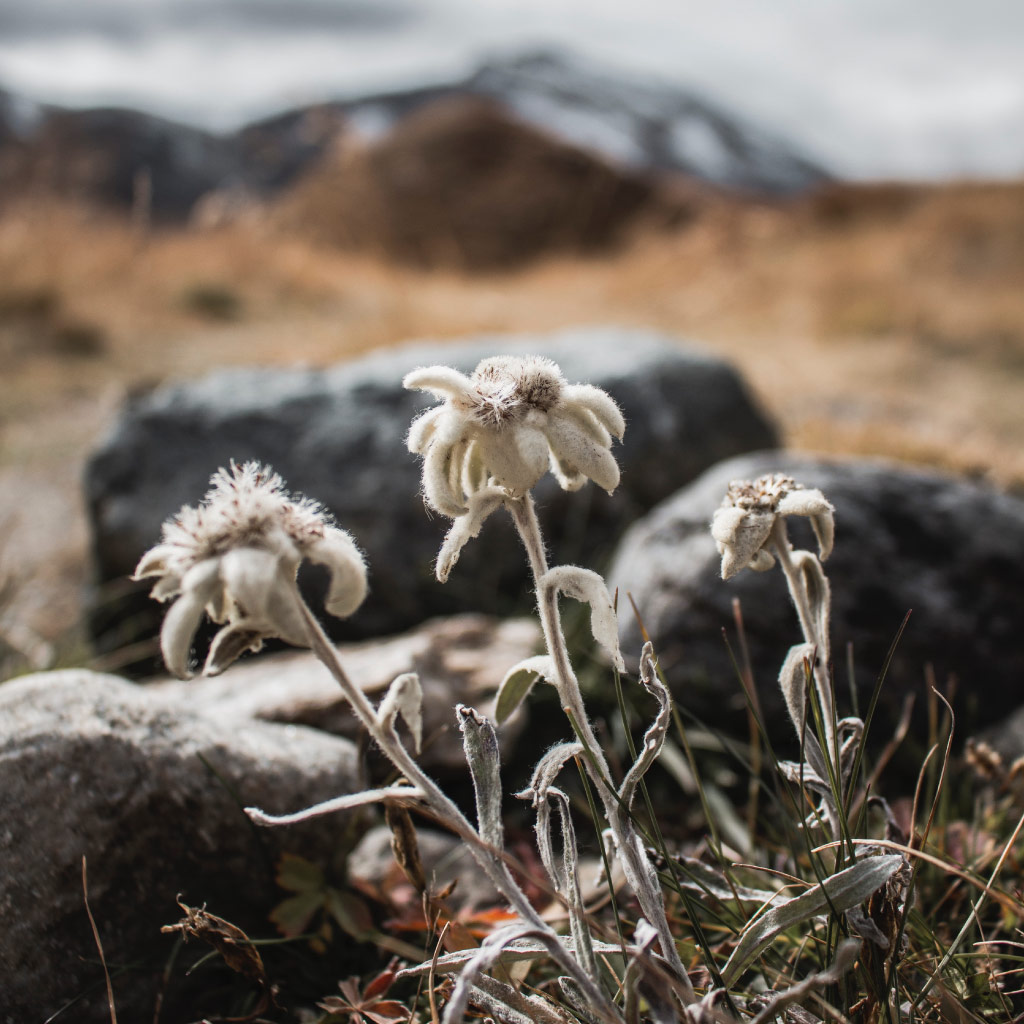 Once upon a time there was a prince whose father's kingdom lay in the Eastern Alps.
The kingdom was rich in green pastures, woodlands and towering rocky mountains, but the prince was sad, tormented by his desire to travel to the Moon. One day the prince was lost in a forest. He reached a plateau full of flowering rhododendrons, and fell asleep. He dreamt he was talking to a beautiful young woman who said her father was the King of the Moon.
When he awoke, he heard voices in the distance and he saw two old men, hidden by a cloud, at the top of a cliff. They introduced themselves as inhabitants of the Moon, and invited the prince to accompany them to their home. And so the prince travelled to the Moon, found the princess of his dreams, and married her.
After years of happiness on the Moon, the prince had to return with his wife on the Earth, where they spent many more years of happiness. But then the princess became inconsolably sad, and had to return to the Moon in order to save her life.
Desolate, the prince retreated from the world, but in a cave he met the King of the Salvani, a race of dwarves who lived in caves and dark forests, and made a deal with him. The dwarves would turn moonlight into thread, so that they could clothe the mountains of the Kingdom entirely with the light of the Moon. In return, the Salvani people would be granted a mountain territory of their own. Thus, the prince was able to bring his wife back to the Earth, to live in the Pale Moonlight Mountains, and the dwarfs gained a new kingdom. Today, the Pale Mountains are called the Dolomites, and the Salvani still live in its caves and forests.
Freely inspired by "I Monti Pallidi" by Carlo Felice Wolf 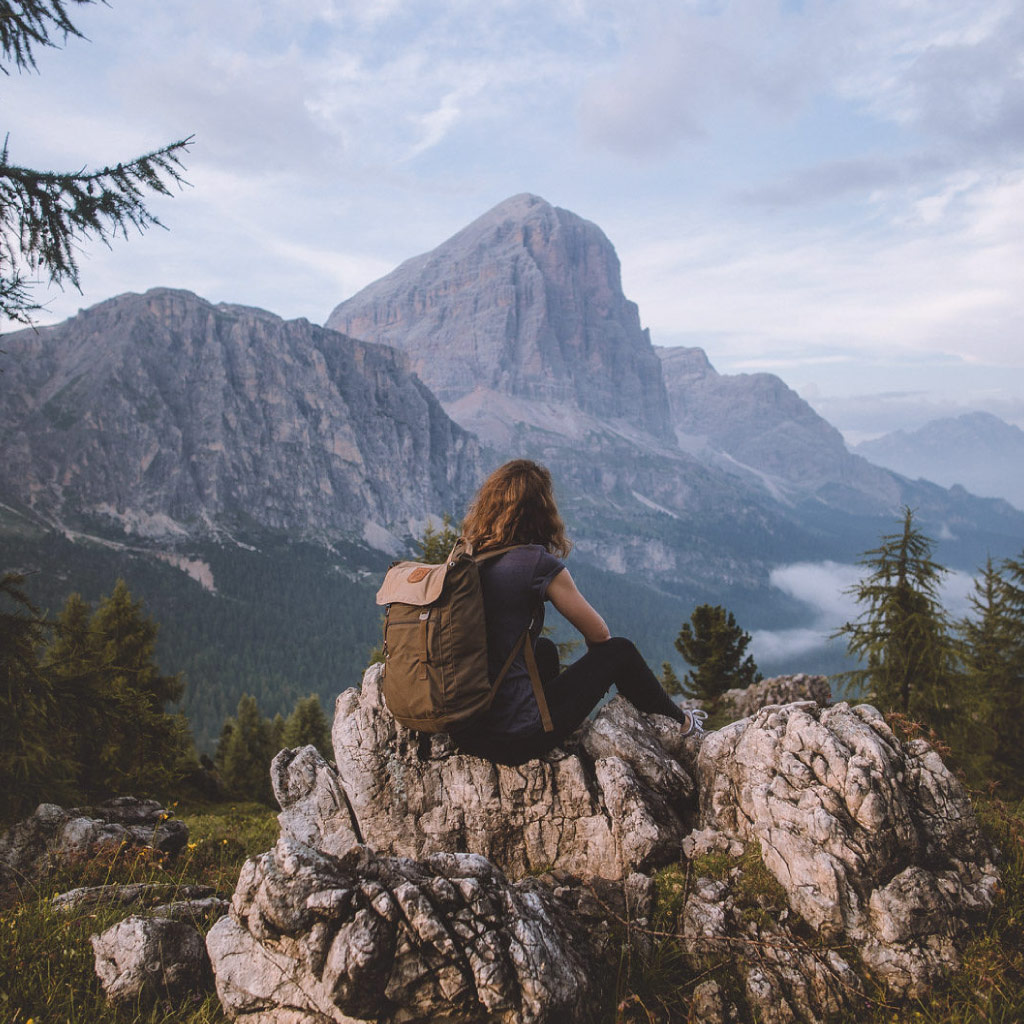 Enrosadira is the phenomenon of alpenglow, when, at dusk and down, the rocks of the Dolomites become of a colour ranging from orange to pink. There is a very ancient legend explaining this fact.
Once upon a time, the Dolomites were inhabited by dwarves. Their king Laurin lived under the Catinaccio, a mountain where he had a marvellous garden of roses (hence the German name of the mountain, Rosengarten).
The King of the Adige organised a tournament to find a husband for his daughter Similde. King Laurin was not invited, but went there wearing an invisible cape. When he saw Similde, he immediately fell in love and kidnapped the princess, taking her to his mountain and garden. Some knights followed him and Laurin had to fight using his magic belt that gave him the power of 12 men. But that was not enough and he had to wear his invisible cape to try and run away.
The knights, however, could see where King Laurin was going following his steps on the roses of the garden, and finally captured him. Before he was brought to the King of the Adige, Laurin cast a course on his once beloved garden that had betrayed him: nobody would be able to ever see the beautiful roses again, neither at day nor at night. But he forgot dusk and down, and that is why at the beginning and at the end of the day the roses come back on the Dolomites, showing for a few minutes their beautiful colours. 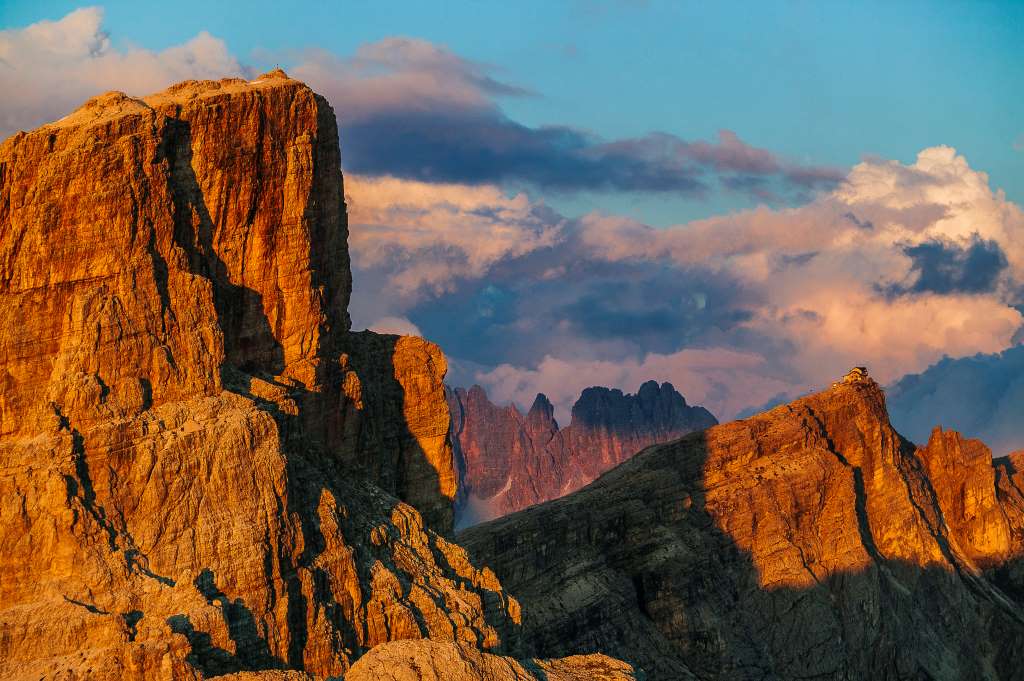