Cortina is located in the heart of the Dolomites, without doubt one of the most beautiful and spectacular areas for climbing in the entire Alpine arch. Here, climbing is almost exclusively on the sedimentary rock named Dolomite with a wealth of nubs, crevices and pockets of various sizes; in the case of Main Dolomite there are often also ledges, roofs and sharp, squarish holds, almost step-like, due to the rock’s specific stratification pattern.

In Cortina there are over 1,000 traditional and modern routes, in addition to many crags equipped for sport climbing, all with different characteristics and settings, and for different climbing styles: historic crags, and other more recent routes, with shorter or longer approaches, with pitches on overhangs or slabs, of various exposure and grade. 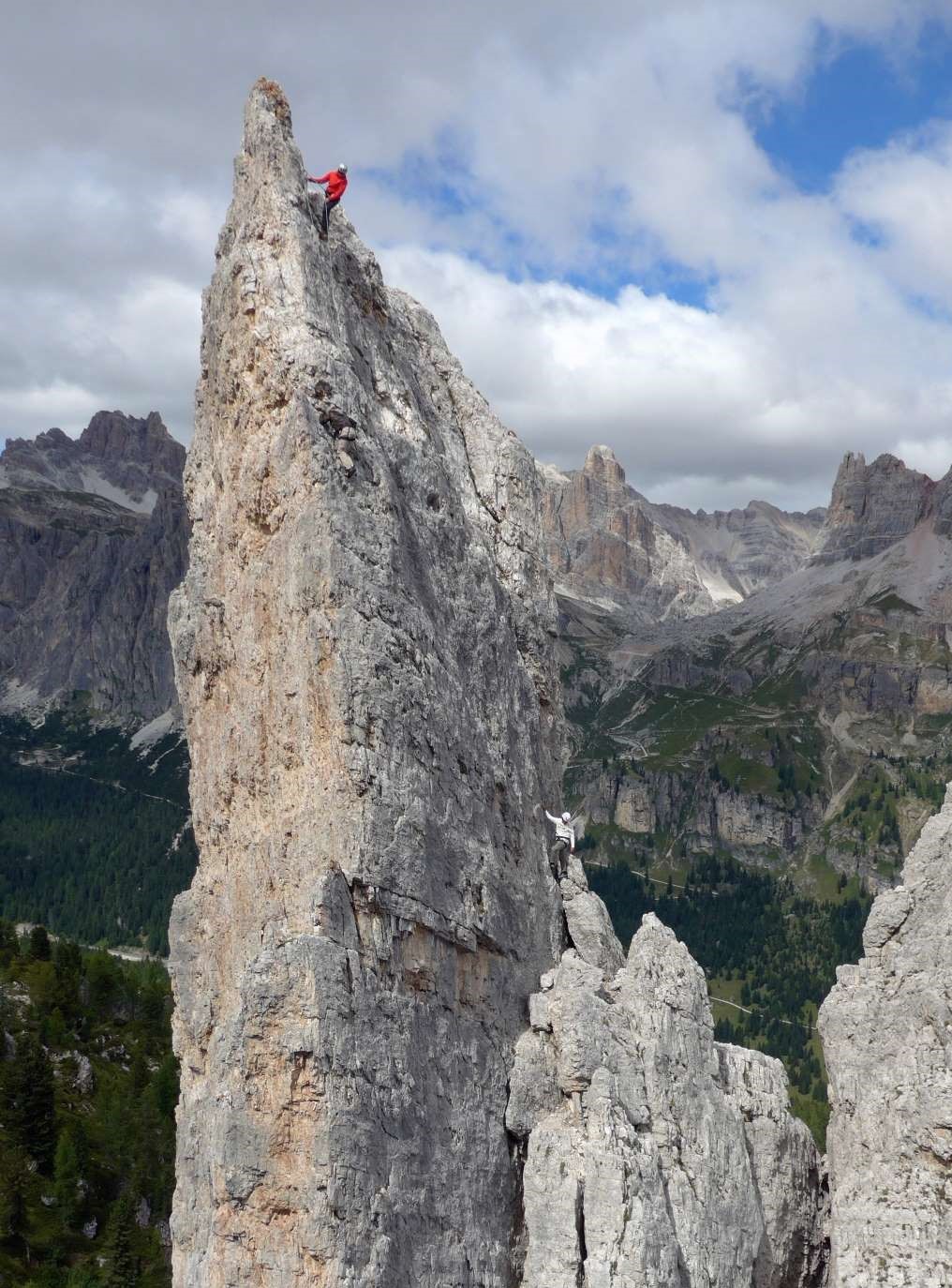 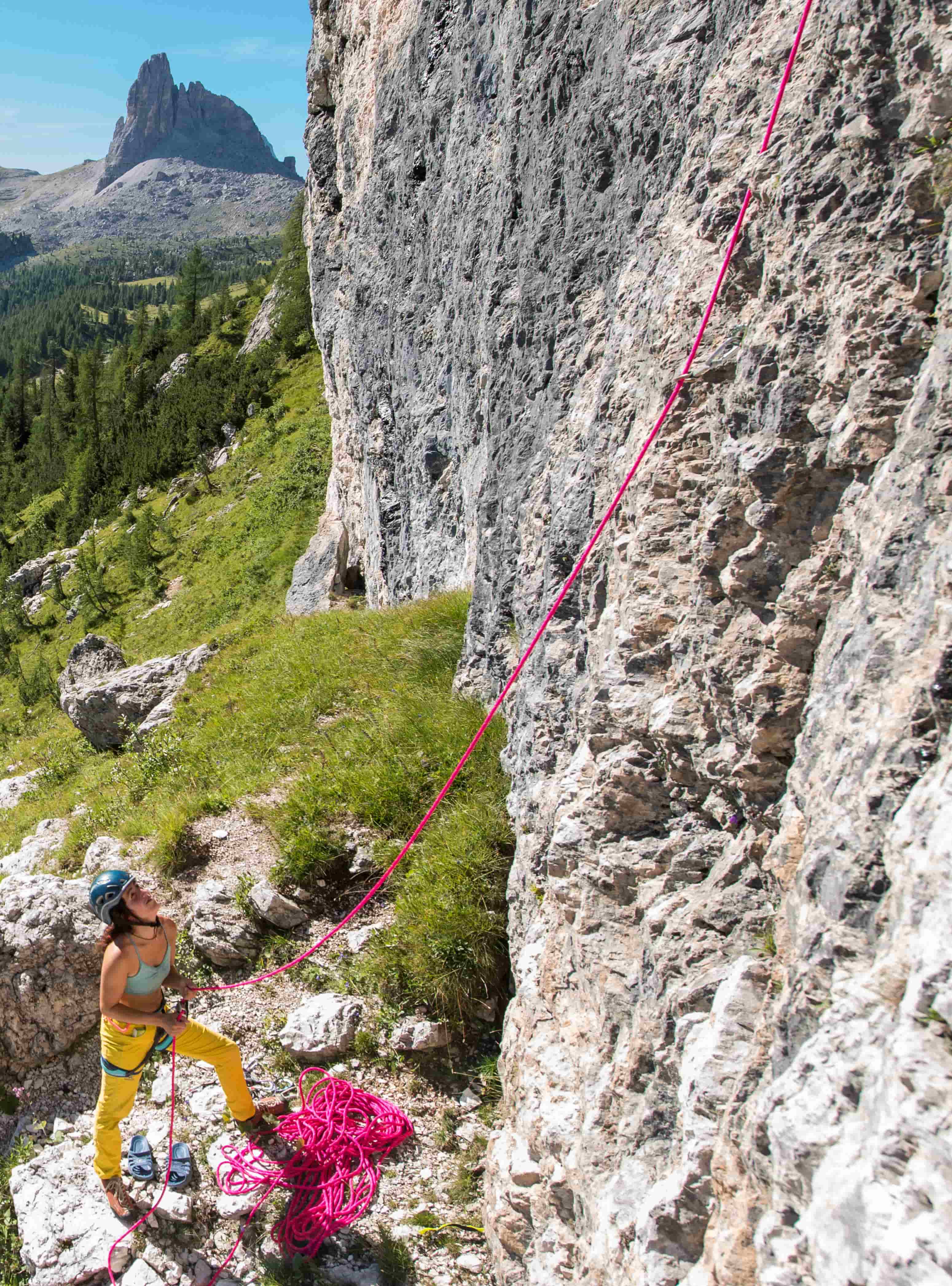 Mountaineers and climbers since 1939

Mountain guides are the professionals who can enable you to climb in total safety in Cortina d’Ampezzo, while discovering the nature and culture of the area, and receiving the appropriate advice to improve your climbing technique.

You can learn the basics and more advanced techniques at indoor or outdoor sport climbing courses, or you can be accompanied by a mountain guide during a solo climb, savouring the thrill of conquering a peak.

Bouldering is a technique conducted on relatively small rock formations, without ropes but using protective mats placed at the foot of the boulder. This type of climbing began in the early 1970s in the United States, both as a form of training and as a discipline in its own right.

In Cortina d’Ampezzo, bouldering is practiced above all in the Campo and Volpèra areas. These boulders were discovered and cleaned by Luca Zardini (“Canón”) and Virgilio Plumari. Later, in the early 2000s, this discipline began to return to popularity in Cortina, and from 2015, there has been an annual bouldering event named Volpèra Brush Climbing.

The type of rock in these formations makes bouldering in Cortina very special, because it is dolomite, and not granite or porphyry, making the rocks harder to clean, but offering some wonderful routes of all grades. Most of the boulders are of intermediate-beginner grade, but there are some boulders of considerable difficulty ranging from 7c+ to 8b.

Another good area for bouldering in Cortina is near the Sass de Stria crag, where there are a number of boulders of fairly abrasive dolomite, of beginner-intermediate difficulty, but with a couple of rocks reaching 8b grade.

> BE INSPIRED BY THIS VIDEO

Help in the case of emergency