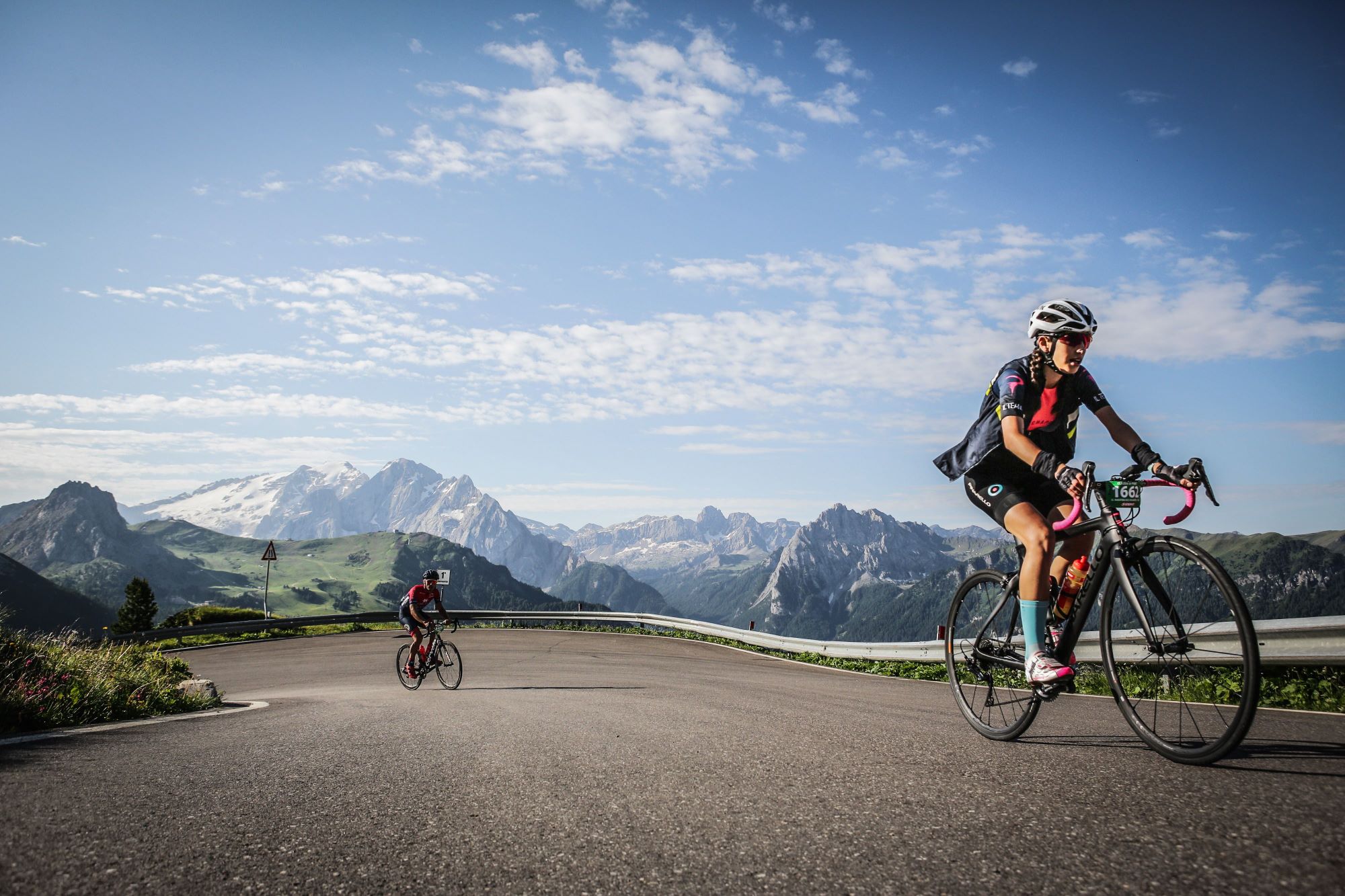 From the Cortina d’Ampezzo bus station, climb up through the village of Pocol and continue towards the Cinque Torri and Falzarego Pass (2,109 m). The pass is located between Lagazuoi and Col Gallina, in front of Sass de Stria, and offers a splendid view over the Marmolada, the highest mountain in the Dolomites. Falzarego, with its endless curves and steep climbs set against breathtaking scenery, is one of the historic passes in the Dolomites stages of the Giro d’Italia, made famous by the achievements of the strongest climbers of all time. It was here on Falzarego Pass that Fausto Coppi defeated Gino Bartali in a mountain climb for the first time, in the 1946 Giro.

From here, descend to the left towards Livinallongo del Col di Lana. Cross the magnificent village of Andraz where a narrow road winds its way through the “tabià”, the wooden barns typical of these valleys, and other characteristic dwellings. The town of Castello is home to the famous 17th-century church of SS. Trinità and a medieval castle.

Continue towards Arabba, a highly characteristic village located at the foot of Pordoi Pass and dominated over by the Sella Group. This is where the climb up to Pordoi Pass (2,239 m) begins. The pass is located between the Sella and Marmolada Groups and connects Arabba to Canazei. The pass is very famous among amateur cyclists not only for its beautiful landscape but also because it has been climbed as part of the Giro d’Italia since the 1940s and has often been the Cima Coppi (highest point of the Giro).

After a short downhill stretch it is time to climb again to the right towards Sella Pass (2,240 m), between the Sassolungo and Sella Groups, which connects Canazei in Fassa Valley with Selva di Val Gardena.

The ups and downs continue: descend into Val Gardena, climb back up to Gardena Pass (2,121 m), down to Colfosco, Corvara and La Villa and then up to San Cassiano. From here, tackle the final climb to Valparola Pass (2,192 m), at the top of which you will find the Rifugio Valparola mountain lodge as well as a small alpine lake. Given the significance of the pass during the First World War when the border between Italy and the Austro-Hungarian Empire passed through here, the Tre Sassi fort was built on its summit and today houses the museum of the Great War.

You will shortly arrive back at Falzarego Pass and from here you will complete the route with a long and enjoyable descent into Cortina d’Ampezzo, enjoying a breathtaking view.