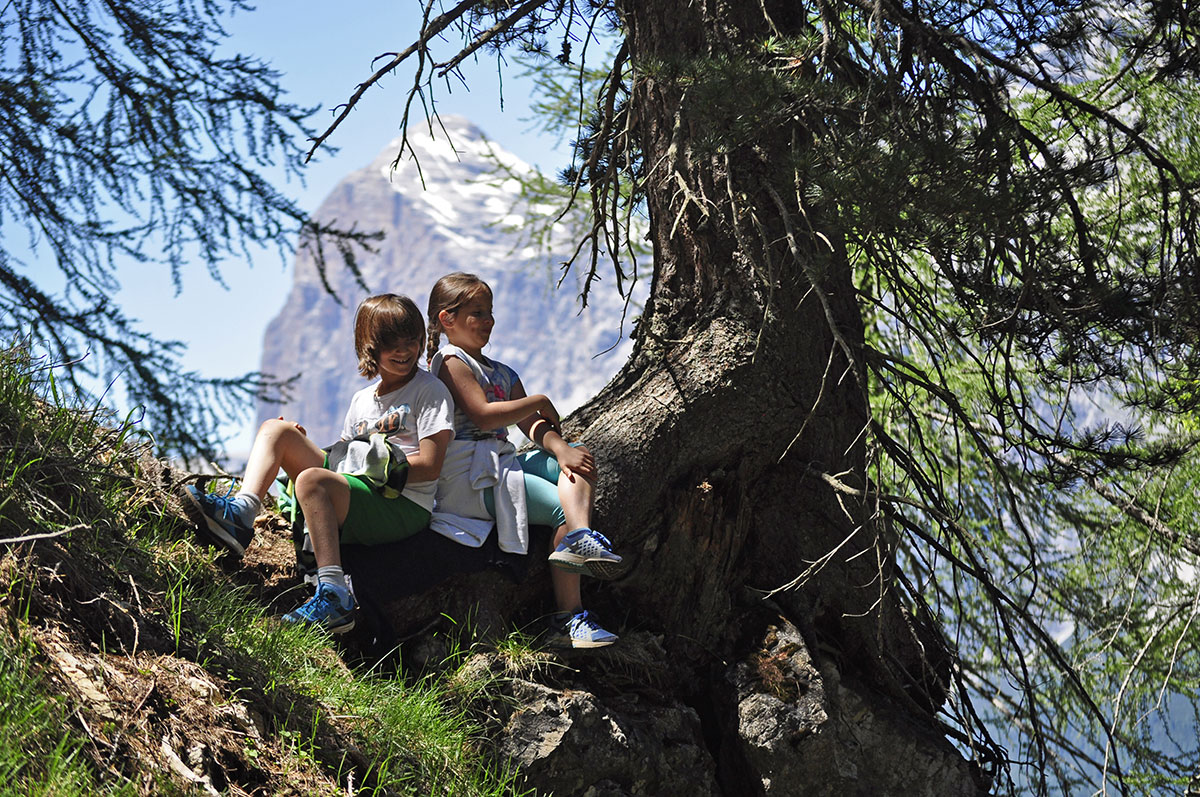 Go up to the mountain lodge Rifugio Faloria, at the height of 2,120 m, by taking the cable car from the centre of Cortina. Once you have reached the mountain lodge, you will have a spectacular panorama of the entire Ampezzo valley, with a perfect view of the Tofane mountains, used for Alpine skiing World Cup events, and of the splendid Pomagagnon group and the Tre Cime di Lavaredo.

From Rifugio Faloria, you can take the Dolomieu track, n° 212, a particularly panoramic route, extending for just under 4 km, going downhill until you reach the hamlet Rio Gere. The track, with a moderate slope, initially follows the ridge with its rocky peaks, and then leads into the forest of larch, stone pine and fir, becoming a rough road. It is technically easy, and it offers spectacular views of the Tofane and Pomagagnon groups, Cristallo, and the Ampezzo Valley.

From Rio Gere you can return to Cortina using public transport (check the Dolomiti Bus timetables) or by taking track n° 211 until you reach the Alpine farm and restaurant El Brite de Larieto, and then following track n° 206 until you arrive at the intermediate Faloria cable car station at Mandres, where you can take the cable car down to the centre of Cortina.

From Rio Gere you can decide if going back to the town centre by foot or by bus.