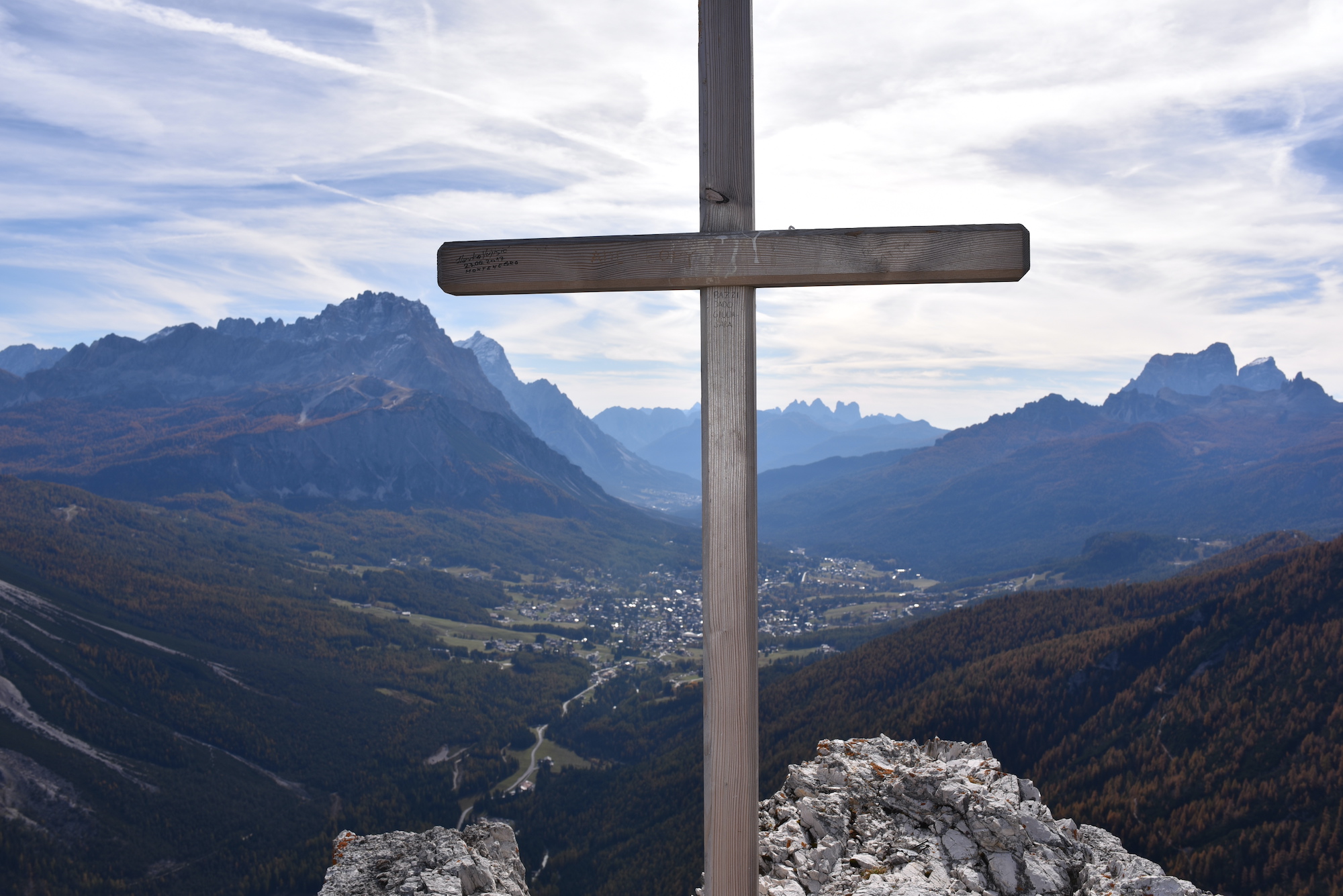 A via ferrata for experts on the south-western face of Col Rosà, to the north of Cortina d’Ampezzo. The view from the summit, at 2,166 m, is spectacular: you can enjoy the beautiful panorama offered by the Ampezzo Valley, surrounded by an array of mountains, from the Tofane group to Pomagagnon. This via ferrata is highly exposed, intense and vertical in some sections, even though it is very short.

From Cortina, head north towards the hamlet Fiames, and leave your vehicle at the car park near the Olympia campsite. From here, take the dirt track n° 417 which initially skirts the campsite. Carry on for about twenty minutes until you reach the first intersection; here, take track n° 408 that runs into the forest and takes you through the entire valley of Val Fiorenza, winding up steeply to the Posporcora Pass in about one and a half hours. From here, follow the signs to reach the start of the via ferrata on a series of rocky crags.

Initially the wires rise fairly steeply on the rock, then alternating with arêtes and chimneys. The ledge is highly exposed: this makes it the most spectacular part of the entire via ferrata, but it is important to take great care.

When you have reached the summit at Col Rosà, the view repays all the effort, because below you there is the entire Ampezzo Valley, surrounded by an array of mountains, from the Tofane group to Pomagagnon.

For the return trip, from the summit take track n° 447 which, with a rapid descent, brings you back to track n° 417 at the location named Pian de Ra Spines. Follow the track to the intersection with track n° 408 that you took on the way up, and carry on until you reach the car park.