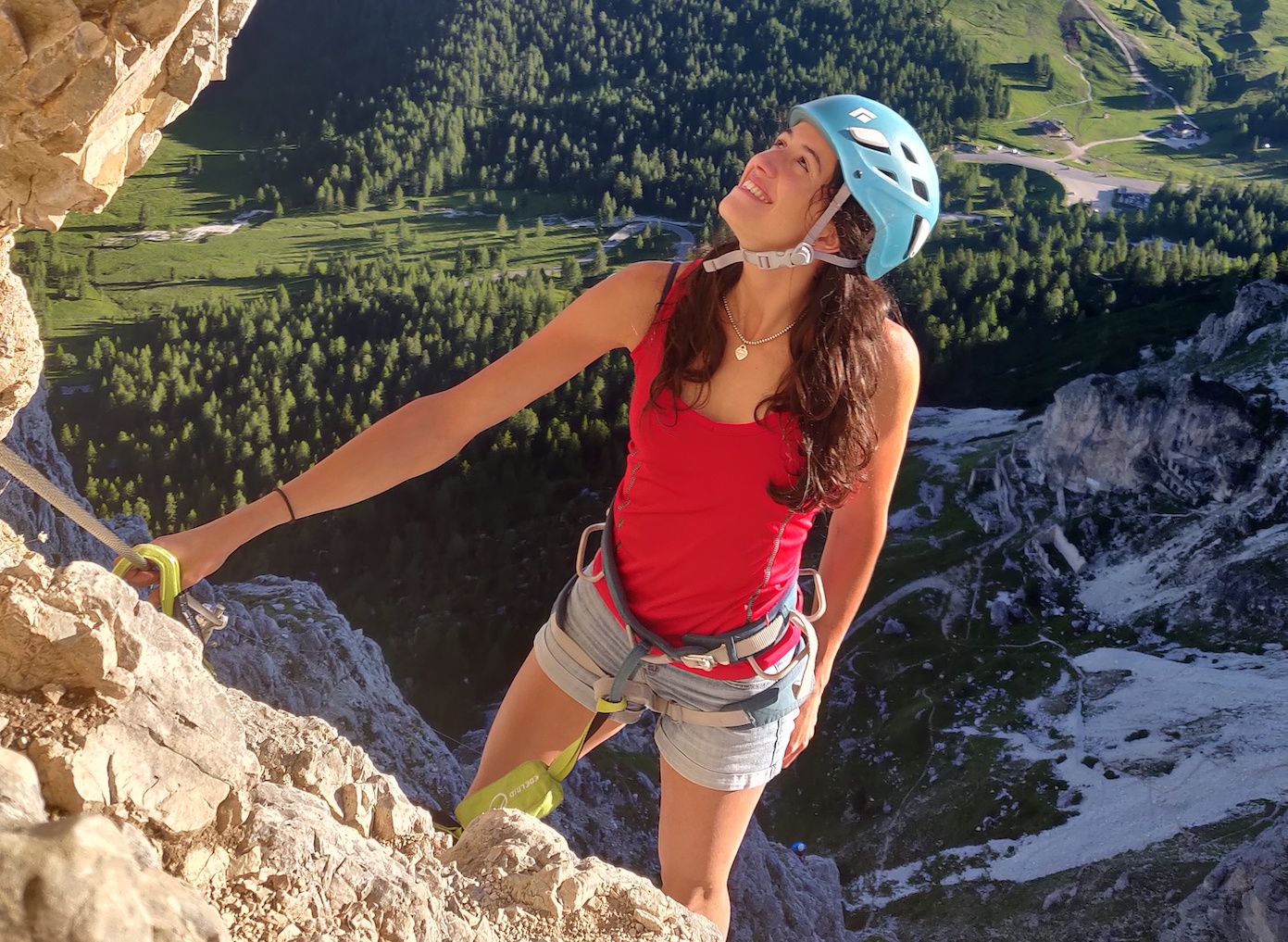 Via Ferrata degli Alpini is set entirely on the Pyramid of Col dei Bos, near the Falzarego Pass, west of Cortina. It was installed in 2008 by the Alpini regiment, who reinstated the military route that had previously been used up until the 1960s and that they still use today as a training circuit.

The via ferrata’s starting point can be reached with an easy and pleasant hike, after having left the car just below the top of the Falzarego Pass, at “Grill Da Strobel”, a restaurant that can also be reached by bus. From here, take the path that starts right behind the restaurant, winding up to the military road which reaches the base of the Falzarego towers. During the first section of this route, you will see the hospital structures dating back to the First World War, built in those days to provide help for the wounded as soon as possible.

After about twenty minutes, you will reach the start of the via ferrata, where you will see a metal cable that will be your guide for the entire route. The ferrata begins with a section that is close to vertical, requiring a good level of fitness right from the outset. The route continues up arêtes, rocky crags and exposed sections, always accompanied by the superb, unforgettable views of the Dolomites, from Cinque Torri to Marmolada.

Once you have reached a gentler slope, the final section of the ferrata begins, which will bring you to the summit of Col dei Bos and the flattish pastures that can be seen in this area. A few more minutes ascent brings you to the summit cross: the view here is magnificent, enabling you to admire the Ampezzo Valley and the surrounding area.

For the return trip, retrace the route bringing you to the saddle between Col dei Bos and the Falzarego Towers: here the path leading to the Falzarego Pass is fairly easy and downhill.

In the company of a Mountain Guide, this via ferrata is also feasible in the winter months, for an exciting and unusual experience.