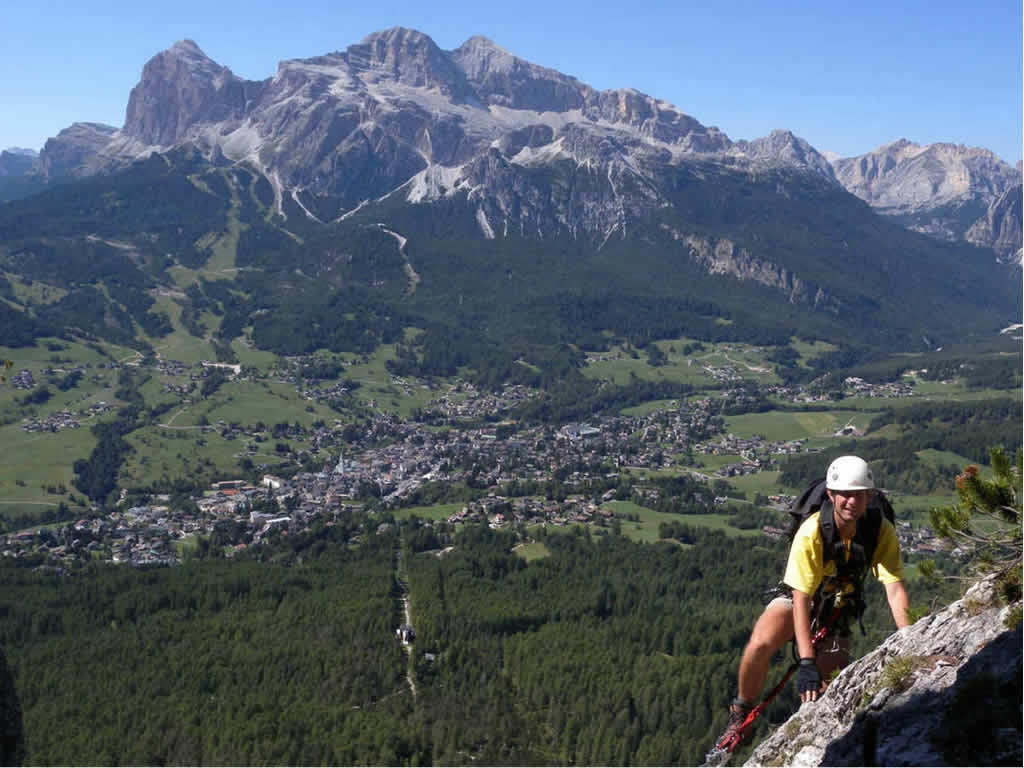 Sci Club 18 is a very difficult via ferrata, for experts: it climbs the entire Crepe di Faloria crags right up to the Rifugio Faloria lodge. It is a breath-taking route that gives you views of the entire Ampezzo Valley and the Dolomite peaks surrounding it. The via ferrata was built in 2009 by Cortina’s Mountain Guides and the Faloria company, and it was later dedicated to Sci Club 18. The via ferrata calls for a high level of training and experience, because the route is almost completely vertical, and in some sections it is very exposed.

From Cortina bus station, take the Faloria cable car to the intermediate station, Mandres, where you should get off and then take track n° 206, which brings you directly to the start of the route. The approach takes about an hour: the first part runs through the forest, and the second along a scree-strewn gully.

The via ferrata climbs the entire face of Crepe di Faloria underneath the cableway, and it has many arêtes and overhangs alternating with easier slabs and diagonal ledges. As you climb, you can pause to enjoy the view behind you, of the entire valley, and the Cristallo and Tofane mountains that majestically frame the valley, opposite Monte Faloria.

At the end of the ferrata, you emerge below the Faloria cable car top station, and you are presented with an incredible view: the whole of Cortina lies below you, and you can enjoy the sight of the Dolomites that frame the Ampezzo Valley.

To go back down, take the Faloria cable car down to Cortina, or alternatively, you can go downhill along track n° 212. At the start of this track, you can see the old cable car station, which was used as a set for the action film “Cliffhanger” starring Sylvester Stallone.