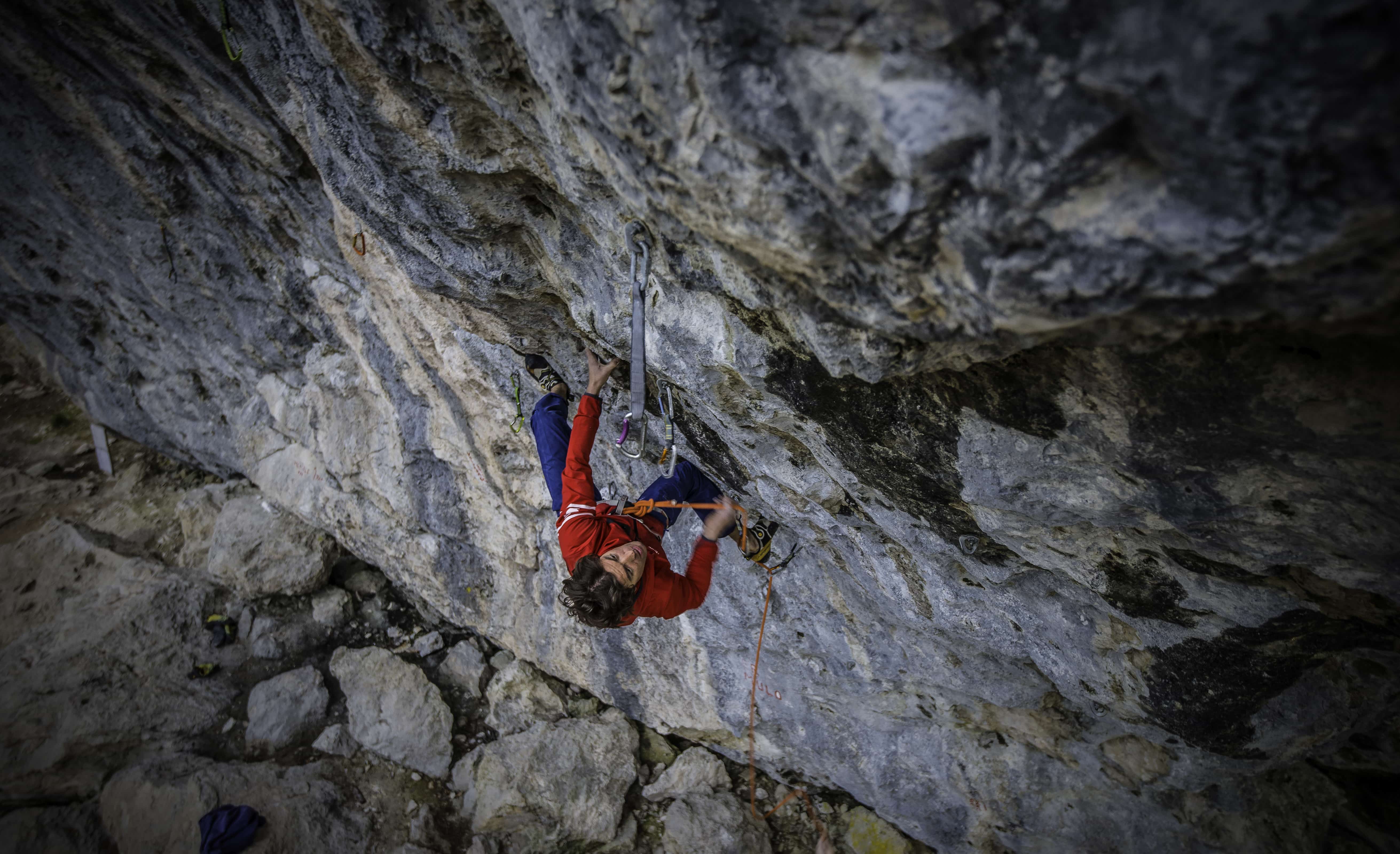 The Volpèra and Campo area offers a variety of climbing opportunities, with a series of overhanging rocks scattered in the dense woodland. The top section is Sasso dei Finanzieri, the central section is named Grotte di Volpèra, and the lowest area is Campo. The crags, comprising boulders between 15 and 20 metres in height, call for an athletic climbing style, requiring great power but also good technique.

The Campo sector is in the lowest part of the wood, and it is one of the first Ampezzo valley locations in which sport climbing developed. The Campo crags have some historic routes that are still classics for the location, such as “Master Lippa” (7a), “Il Grande Sogno” (7b+) and “Welcome to the Jungle” (8b+). In 2009, Luca Zardini (“Canón”) redpointed a variant of “Welcome to the Jungle”, named “Welcome to the Club”, a 16-metre route graded 9a on good, compact rock, the most difficult route redpointed in the Ampezzo valley. The crag also offers some easy routes suitable for beginners, starting from grade 4c.

The central sector is named Grotte di Volpèra, and it features mainly vertical, technical climbing. Volpèra also has some historic routes such as “Rotkreis? No grazie” (7c) and “Figli di un dio minore” (7c). In Volpèra there are also some easy routes, from grades 4 and 5, so this sector is suitable for climbers of all levels.

The highest sector is Sasso dei Finanzieri (“Customs Police Rock”), so-called because in the late 1980s a number of members of the Mountain Rescue service and the Customs Police began bolting this strongly overhanging crag. The climbing style is in fact highly athletic, requiring power and technique, with intermediate-advanced grading. The most famous routes include “Er Mulo” (6c+) and “K.O.” (7a+), which require good technical skills and strength even though the grades are not excessively high. Other routes include some of the toughest sport climbing pitches in Cortina, such as “Deserto Violato” (8c) and “La Grande Onda” (8c+).

Approach: To reach Grotte di Volpèra and Sasso dei Finanzieri, you can approach either from above or below. Arriving from below, from Cortina, take the road up to the hamlet Mortisa and drive through the village until you reach a small car park (at the end of the road). Continue on foot along track number 428 until you reach an intersection with a track going uphill towards Volpèra-Pocol, number 429, which you should follow. Carry on until you reach a fork, take the right fork and go on uphill along a steep section, and then turn left where you will see the first rock formations of the Volpèra crags. To reach Sasso dei Finanzieri, instead of turning left, go straight on until the track levels out. Here, take a track on the right until you reach the boulders.

Approaching from above, from Cortina take the SS48 road towards the Falzarego Pass, drive through the hamlet named Col, and at the 119 km mark, a short distance before the tunnel excavated in the rock, park on the left behind a large boulder. From here, take track number 429 and walk down the first steep section until you reach a part on level ground. From here, to reach Sasso dei Finanzieri, follow the trails on the left that bring you to the foot of the boulder. To reach Volpèra, go a few hundred metres further on, and then follow the trails on the right leading towards the boulders. As there are many trails in these woods, it is a good idea to check the guidebook “Sport Climbing in Cortina” and use the GPS coordinates.

To reach the Campo crags, take the road towards Zuel until you reach the hamlet Campo di Sotto; carry on past the campsites and go straight on until you reach an old power station just before the road that leads uphill to Lake Pianozes. Here, take a rough track until you reach the edge of the forest. At this point, don’t take track number 151, but follow a trail on the right running along the meadow until it enters the woodland. Continue following this track, and in a few minutes you will reach the crag.