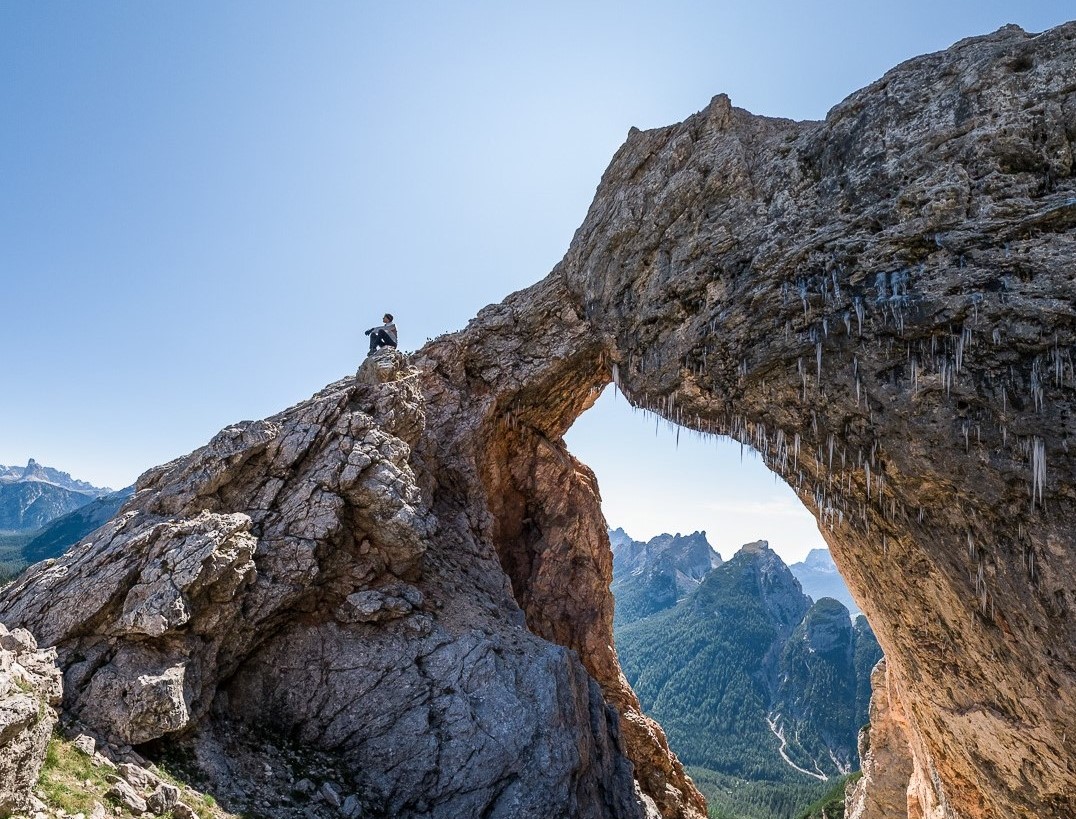 Starting from the centre of Cortina, head towards the station and take the “ex Ferrovia” (disused railway) cycle path towards Fiames, and when you have reached the “Antonella De Rigo” sports centre, stay on this path, which takes you through a tunnel, over a bridge and then through another tunnel. On the left, there is a dirt road, where you take track n° 201, passing underneath the state road Strada Statale n° 51, and then going down to Sant’Uberto (just above Tornichè). From here, follow the tarmac road towards Ra Stua until you reach the Malga Ra Stua mountain hut. When you have arrived at the hut, go straight on for a short stretch, and then take track n° 8 on the right, which will lead you along the slopes of Mount Croda de r’Ancona: this area of Cortina is renowned for the magical Lerosa clearing and the verdant pastures.

The route begins with a gentle uphill section, and with a sequence of hairpin bends it brings you to the foot of the mountain. From there the entire route is fairly flat and gentle, at times immersed in the forest and occasionally going through an enchanting clearing. Track n° 8 brings you to Lake Bianco, and from there, by following the road, you can head back and re-join track n° 10 at Sant’Uberto. Follow this track to reach the centre of Cortina.