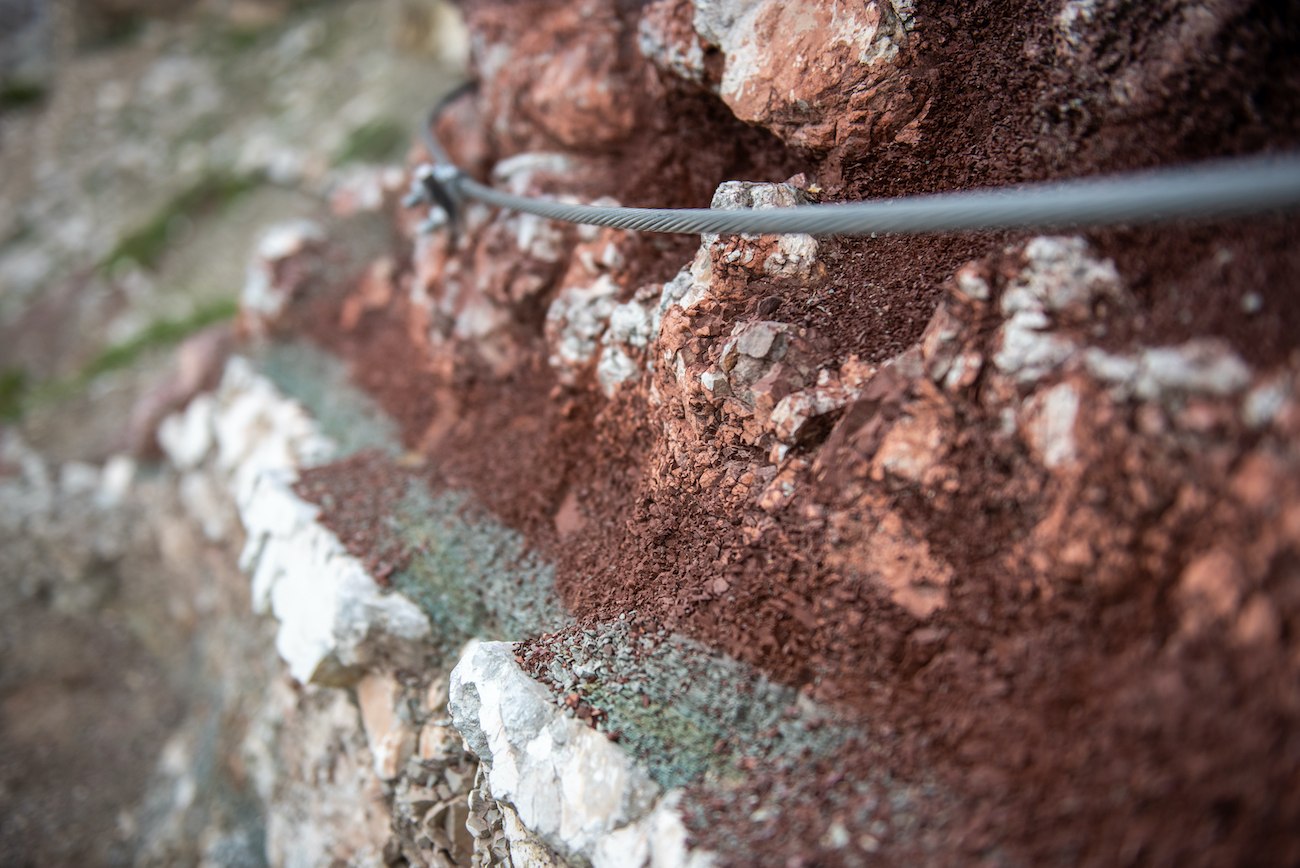 The Astaldi equipped trail is suitable for everyone, even families and whoever is interested in discovering the world of ferratas. The route is at the foot of Mount Tofana and it presents no particular technical difficulties, but it is in any case exposed and very aerial. The route’s most unusual feature can be found in the very colourful rock, in various hues ranging from red to black, and from green to brown. The track links the mountain lodges Rifugio Dibona and Pomedes (in either direction) and it is often combined with other hikes such as the Olivieri Punta Anna via ferrata or the Tofana di Mezzo via ferrata.

From Cortina, take the state road SS48 towards the Falzarego Pass, go past the restaurant La Locanda del Cantoniere and the small church in Vervei, and carry on for about 500 metres until you reach the Fedarola road junction, and go uphill on the road leading to the mountain lodge Rifugio Dibona. The latter section of the road is a dirt track, but it is in good condition.

From the mountain lodge Rifugio Dibona, take track n° 403 towards the Rifugio Giussani lodge, until you reach the intersection, where signs mark the start of the equipped trail. Follow the track on the right, which takes you up to the top of a green hill until you reach the base of Mount Tofana. The equipped trail begins here, and it follows the base of Mount Tofana, running along the entire length of the ledge that brings you directly to the mountain lodge Rifugio Pomedes at 2,303 m. The route is mainly flat, with a few uphill and downhill stretches, and it is characteristic for the very colourful rock, which varies from red to black and from green to brown, making the entire route absolutely unique.

The Astaldi equipped trail can also be taken in the other direction, starting from Pomedes and reaching the mountain lodge Rifugio Dibona, retaining the same difficulty and taking the same time.